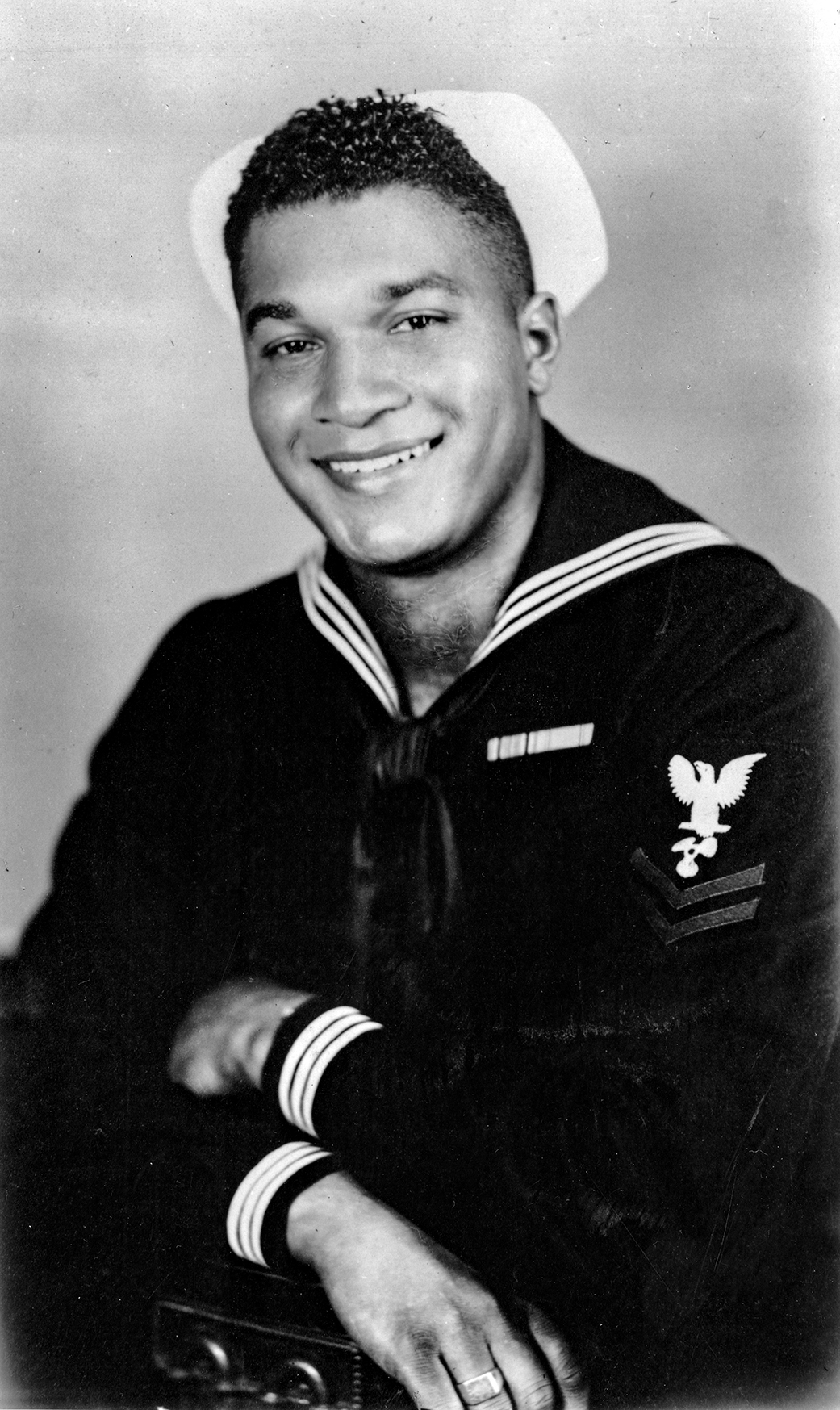 After three years of college, Frank Sublett enlisted in the Navy in 1942. After training at Hampton, Virginia, as a machinist's mate, he was sent to Boston's section base machine shop and operated submarine-detecting sonar on board auxiliary patrol craft in the Atlantic. In early 1944 he was sent to Great Lakes for officer indoctrination, and commissioned in March.

As an ensign, he went back to Hampton to be an instructor in small boat handling, and later participated in auxiliary ship yard patrol and served as executive officer of a yard oiler at San Francisco. In mid-1945 he was sent to Eniwetok as executive officer of a stevedore battalion. Though he relished his time in the Navy, he felt the service was making up work for this first group of black officers, rather than utilizing their true potential. In civilian life he enjoyed a career in the automotive industry, and since 1980 has worked as a professional model.

Based on two interviews conducted by Paul Stillwell in October 1986 and July 1988. The volume contains 200 pages of interview transcript plus an index. The transcript is copyright 1989 by the U.S. Naval Institute; the interviewee has placed no restrictions on its use.