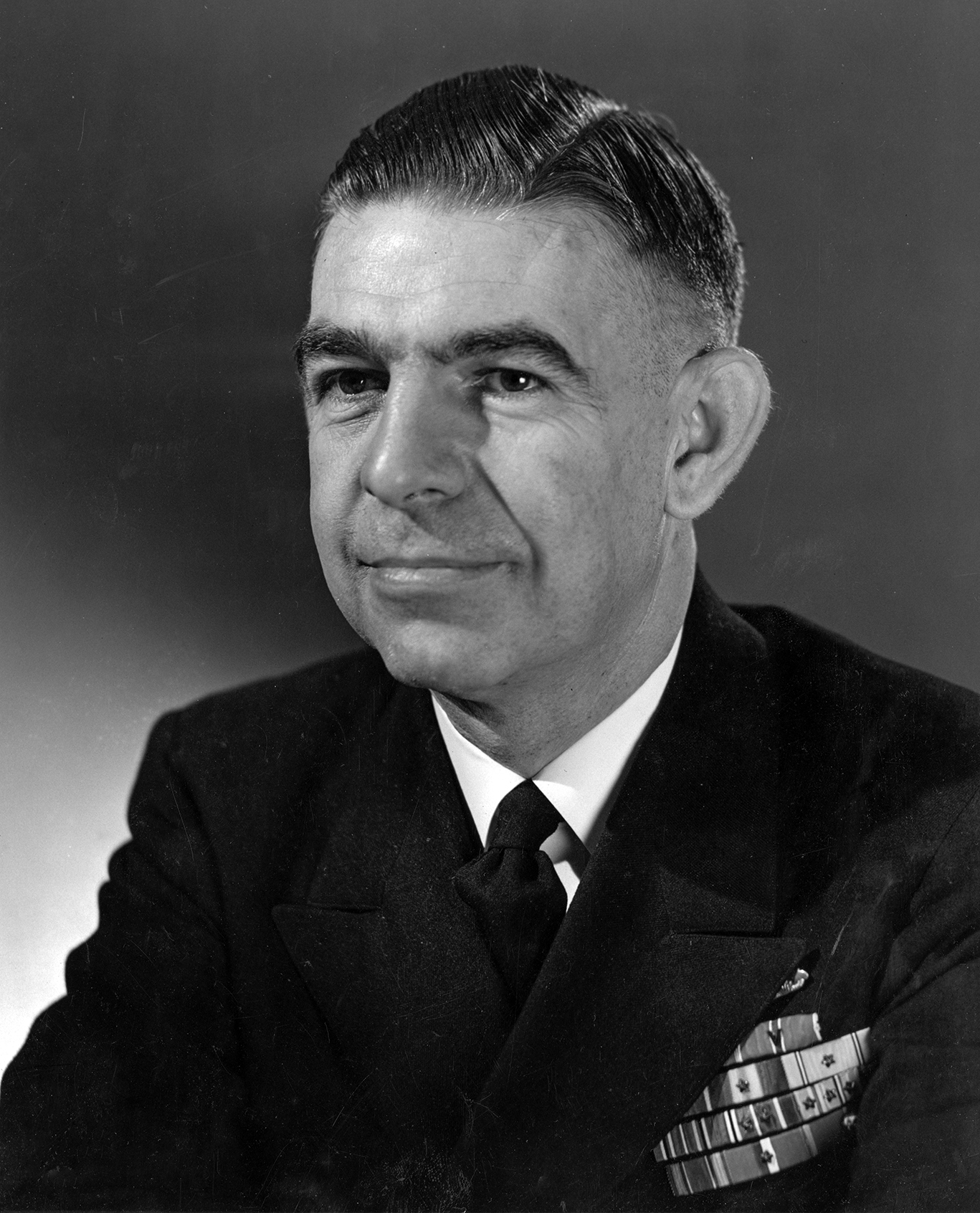 In the years before and during World War II, Dyer acquired an intimate view of high-level command through his service on the staffs of Admiral James O. Richardson, Ernest J. King, and Richard L. Conolly. And early submariner, Dyer also served in a number of surface ships, including the battleship Arizona (BB-39), heavy cruiser Indianapolis (CA-35) (with Captain Thomas Kinkaid in command), and light cruiser Astoria (CL-90) (which Dyer commanded). As a flag officer, he commanded Cruiser Division 10; United Nations Blockade and Escort Force (Task Force 95) during the Korean War; Training Command Pacific Fleet, and the Eleventh Naval District. Dyer is the author of Naval Logistics and coauthor of Admiral James O. Richardson's memoir, On the Treadmill to Pearl Harbor.

In World War II, then-Captain George C. Dyer served in the Mediterranean theater, was wounded at Salerno, then later took part in the Philippines, Iwo Jima, and Okinawa campaigns as commander of the USS Astoria (CL-90). In this excerpt from his U.S. Naval Institute oral history, Vice Admiral Dyer offers some insights about the fight for Iwo Jima—its importance and its challenges.

The campaign for Iwo Jima was a costly operation. Was it useful in the scheme of things and worth the cost?

Admiral Dyer: My answer to that is very definitely, “Yes.”

I think you have to take a broad look at the picture out of there and realize that if we were going to make an invasion of Japan, it probably had to be made up through the Ryukyus, i.e.: Okinawa. And you should visualize the island of Okinawa as being a center for Japanese air attacks considering those from Kyushu, which was to the north, and those from Iwo Jima, which was to the east, and those from China, which was to the west. And realizing the problem of taking Okinawa with only sea-based air against overpowering Japanese land-based air, which could be used for close-air support. You would see the advantages if you could knock out one of those Japanese air bases (Iwo Jima). You would have accomplished a one-third reduction of the ways in which you could be attacked by air when assaulting Okinawa.

I’ve always though, and I don’t have any knowledge of this whatsoever, that the code name for the Iwo Jima operation, which was DETACHMENT, must have been framed by some planner who thought we’ll just detach from Japan one of the main base areas which they had and which they could use to defend Okinawa.
That’s one reason why I think it was essential to do Iwo Jima. The planning for Iwo Jima was done at the same time that the planning for Okinawa was done. It would have been impossible to have done the Iwo Jima operations and then, as had happened before in our Pacific campaign, go back to Guam or Pearl Harbor or, where we might want to go, and plan the next operation. They were being planned simultaneously.

Of course, that is one of the wonderful things about the Iwo Jima operation—the job that Admiral Richmond Kelly Turner did at that time, because he was the Amphibious Commander for both operations. Also the same thing could be said of Admiral [Raymond] Spruance; he was the seaborne Commander for both operations. They had to ride two different horses at the same time. They were riding [Lieutenant] General [Simon Bolivar] Buckner [Jr.], who was the Army Commander for Okinawa, and they were riding [Marine General Holland] “Howlin’ Mad” Smith, who was the overall Landing Force Commander for Iwo Jima.
It showed, in my opinion, the great skill that our planners had acquired by that stage of the war, where they could well plan two different, difficult operations at the same time.

Dr. Mason: It also shows the vast increase in production of material.

Admiral Dyer: Yes, and the personnel. The people who had planning skills.

Another thing was, of course, at that time of the war the B-29s were just beginning to come into their own. We were using the Marianas to attack the mainland of Japan with B-29s. A good many of the B-29s were getting either minor damage or severe damage, during the time they were over the Japanese Empire. A good many of those planes that made it up to Japan, dropped their bombs, and started home, never made it home. Because the damage took charge on the long flight home, and they crashed and went down in the sea, and we lost a great many people.
Actually, we opened the air bases there at Iwo Jima before we had officially captured Iwo Jima [16 March 1945]. And a good number of B-29s, 36, were saved by landing on Iwo Jima by that 16 March date. So that over a long period of time, Iwo Jima served as a tremendous rescue station of our B-29 effort against Japan.

Admiral Dyer: Iwo Jima was a terrible operation, in that so many people lost their lives [6,800]. But once you decide that a specific operation is necessary to advance your strategic plan, the cost is really something we have to accept when you do that. The estimate of people who were to be lost at Iwo Jima [2,500] actually was about half of what it turned out to be. In other words, over twice as many Marines and Navy lost their lives as it was estimated would lose their lives in the operation. It was far more costly.

Dr. Mason: Was this in part because we didn’t anticipate the kind of defense . . .

Admiral Dyer: We didn’t anticipate the ferocity of the Japanese defense. They defended every foot of ground, just tremendous courage and skill with great resourcefulness.

Dr. Mason: The very ferocity of their defense—did this indicate their appreciation of our overall strategy?

Admiral Dyer: I think it does. And I think at the higher level of Japanese command they appreciated that when we took the Marianas, the war was lost. At the so-called working level—the lieutenant colonel down to second lieutenant level, and also a great many of the Japanese enlisted men—I think realized that when we took Iwo Jima the die had already been cast. In other words, that we had closed in and that nothing except defeat was going to happen as far as Japan was concerned. So it had a tremendous psychological value through the officer strata of both Army, Navy, and Air Force of Japan.

Dr. Mason: The ferocity of their defense in this island, was it greater than what they had demonstrated previously?

Admiral Dyer: In my opinion, the Japanese always die hard. In other words, compared with Americans, an American will surrender (I hate to say this) ten times as easily as a Japanese.

But I think their high command had so imbued the officer structure at Iwo Jima that they died harder there than anywhere else and more skillfully. Because the initial doctrine of the Japanese marines was to resist at the beaches. Of course, it was proved at Tarawa that that was a phony doctrine and one that was quite unsuccessful.

So they then adopted a different doctrine. For instance, when we landed in the Marianas, there was no great fight at the beaches. The fight was back of the beaches in prepared positions, where they had something to prepare. They had hills and rocks and ravines and valleys and everything else. And they did a tremendous job in regard to fields of fire and all that sort of thing.

The ferocity of their defense defies imagination, how hard they died. Each person practically had to be torn to pieces individually.

Dr. Mason: They died to the last man.

But despite the fact that many very wonderful Americans lost their lives, it had a great effect in shortening the war. It made Okinawa a lot more possible than it would have been, had the Japanese still held Iwo Jima.

And it made the Air Force assault on Japan a lot better, because the airmen’s morale was raised, in that they had for some time submarines scattered along that route from the mainland of Japan back to the Marianas. And they could land and be picked up, and many of them were. The submarines did a wonderful job, but a submarine has a limited speed and the plane has to ditch and people get lost in ditching and all that sort of thing.

The good old land base that Iwo Jima provided was most valuable. In my opinion it was very much worthwhile.

Based on 15 interviews conducted by John T. Mason, Jr., from April 1969 through May 1971. The volume contains 547 pages of interview transcript plus an index. The transcript is copyright 1973 by the U.S. Naval Institute; the restrictions originally placed on the transcript by the interviewee have since been removed.