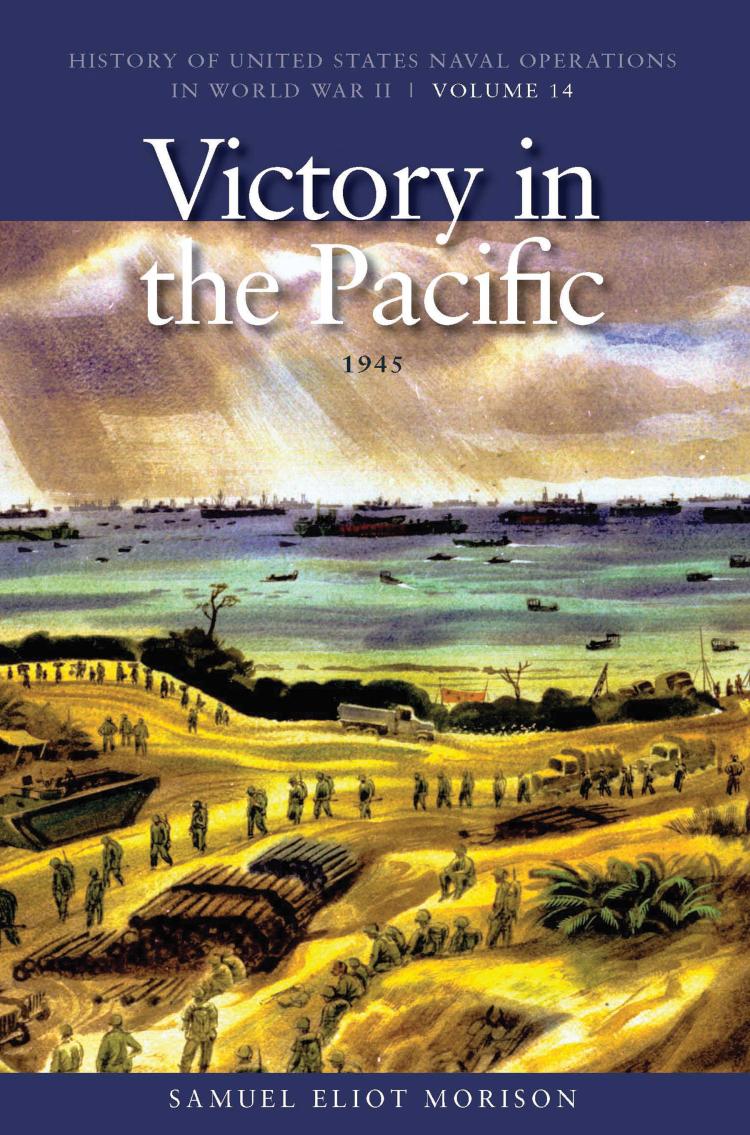 In this, the concluding volume of the series, Admiral Morison examines two of the most famous campaigns in which he participated: Iwo Jima and Okinawa. He spares no details in describing the grim consequences of the kamikaze attacks on U.S ships. With his usual clarity and skill, Morison also discusses the strategy that led to the concluding campaigns of the war and to the dropping of the atomic bombs. He addresses the logistics problem of supplying fleets and armies thousands of miles from bases, the devastating prowls by submarines, and the controversial loss of the USS Indianapolis His detailed account of the delicate negotiations that led to the surrender of Japan holds particular interest.

Well known in naval circles for his Maritime History of Massachusetts and for his biographies of Columbus (Admiral of the Ocean Sea) and John Paul Jones (A Sailor’s Biography), Admiral Morison’s most famous achievement was his multi-volume History of U.S. Naval Operations in World War II, made possible by President Roosevelt’s commissioning him as a lieutenant commander and giving him carte blanche access to the events as they were happening during the war. Morison was later named the Jonathan Trumbull Professor of American History at Harvard University and ultimately retired as a rear admiral in 1951. He was the recipient of two Pulitzer Prizes, two Bancroft Prizes, and the Presidential Medal of Freedom.