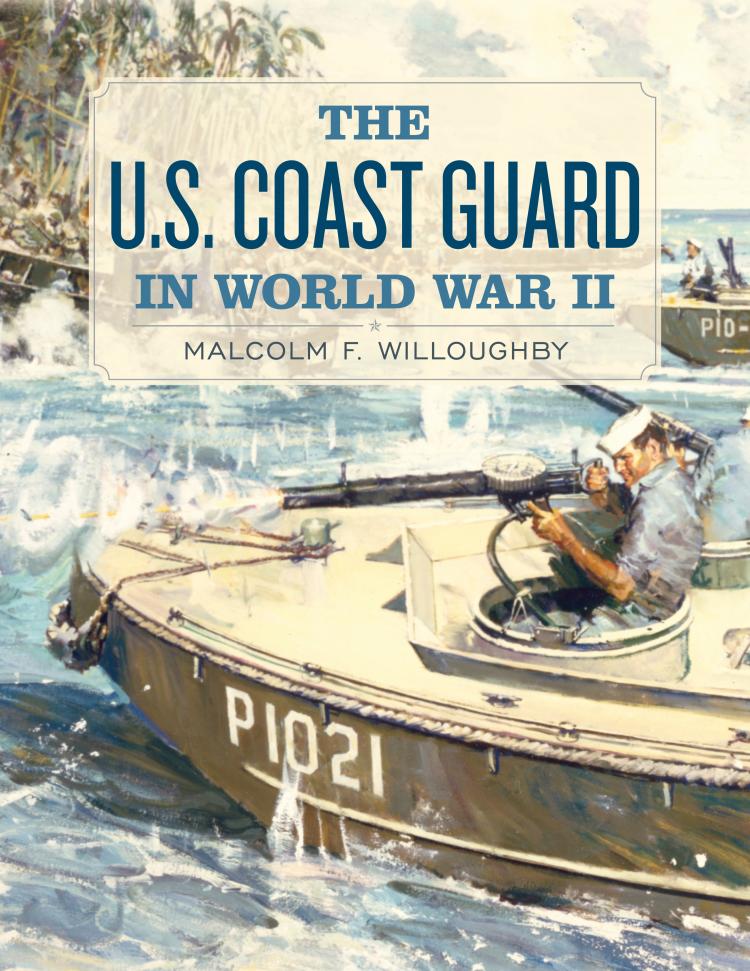 The intimate view of the U.S. Coast Guard’s dramatic World War II record has long been considered a classic. First published in 1957 and out of print for years, the book is now available in paperback. Handsomely illustrated with more than two hundred photographs, the book serves as a unique memento of one of the most illustrious periods in the Coast Guard’s two hundred year history.

The author offers a story replete with incidents of devotion far beyond the call of duty—daring rescues, adventurous high-sea missions, heroic combat action—to clearly demonstrate the vital role the service played in the Allied war effort. A seasoned World War I veteran who joined the Coast Guard Temporary Reserve in 1942, Malcolm Willoughby has covered every aspect of the Coast Guard’s involvement in the war at sea, in the air, and at home. From the invasion of Normandy, where Coast Guardsmen landed thousands of Americans and rescued some 1,500 stranded in the surf, to Guadalcanal, where they rescued three companies of Marines trapped on the beach, this chronicle vividly recounts these well-documented operations and little-known stories of individual triumphs and tragedies as well.

Malcolm F. Willoughby, now deceased, was an investment counselor in Arlington, Massachusetts, where he joined the Coast Guard Reserve in 1942 as a lieutenant and served as skipper of a patrol boat in Boston Harbor. In 1945 he was appointed historical officer for the First Naval District and later wrote Coast Guard institutional histories at a national level.

"This is a newly released edition of the Coast Guard's original official report on its service during the war. It is printed in the original type and lavishly illustrated with photographs of the Coast Guard in action across the globe. The book is a handy reference to the exploits of a service that is often overlooked in popular history. It is divided into sections on domestic operations, sea rescue, and combat action. The text is easy to follow and full of details on actions both large and small." —WWII History

"Originally published in 1957 and now re-released by the Naval Institute Press, this smart history of Coast Guard participation in World War II is a tribute to the small military service with the big motto—'Semper Paratus,' Always Ready. Willoughby's detailed history describes all aspects of the Coast Guard's wartime activity, such as recruiting, training, the reserve component, and how thousands of Coast Guardsmen staffed more than 1,400 ships, including 600 Army and Navy vessels."—Military Officer