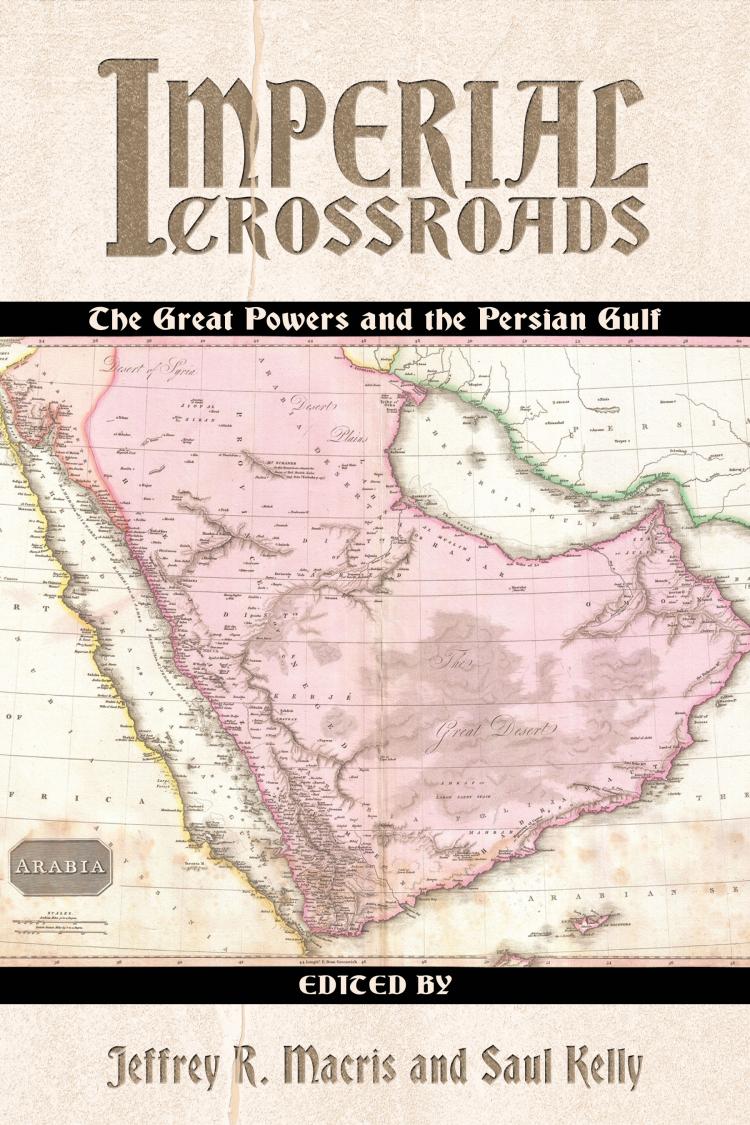 For centuries the world’s Great Powers, along with their fleets, armies, and intelligence services, have been drawn to the Persian Gulf region. Lying at the junction of three great continents – Asia, Europe, and Africa – and sitting athwart the oceanic trade routes that link the cities of the world, the Gulf, like a magnet, has pulled superpowers into the shallow waters and adjacent lands of the 600 mile long appendage of the Indian Ocean. An observer at Hormuz at the mouth of the Gulf would alternately have watched pass in the 15th century the treasure ships of Chinese Admiral Zheng He, in the 16th century the caravels of Portuguese Admiral Afonso de Albuquerqe, in the 17th century the merchant ships of the Dutch East India Company, in the 18th to the 20th centuries the frigates and steamships of the British, and finally in the late 20th century to today, the cruisers and aircraft carriers of the U.S. Fifth Fleet. Perhaps in the future, Americans may be supplanted by the Indians, or perhaps the Chinese.

In the Great Powers’ comings and goings since the 1400s, several consistent broad interests emerged. For the majority of this time, for example, the superpowers entered the Gulf region not to colonize, as the Europeans did in other places, but rather to further trade, which in the 20th century increasingly included oil. They also sought a military presence in the Gulf to protect seaborne flanks to colonial possessions further east on the Indian sub-continent and beyond (India, in fact, has long cast a shadow over the Gulf, given its historic trade and cultural ties to the Gulf region, strong ties that continue today). In their geo-political jockeying, furthermore, the Great Powers sought to deprive their rivals access to the states bordering the Gulf region. In tending to these enduring interests inside the Strait of Hormuz, the Great Powers through history concentrated their trade, political, and military presence along the littorals. Not surprisingly, their navies have played a substantive role.

Imperial Crossroads: The Great Powers and the Persian Gulf is a collection of connected chapters, each of which investigates a different perspective in the broader subject of the Great Powers and their involvement with the states of the Persian Gulf. This volume concentrates on four western nations – Portugal, Holland, Britain, and the United States – and concludes with a look at the possible future involvement of two rising Asian powers – China and India.

Dr. Jeffrey R. Macris is a Permanent Military Professor at the U.S. Naval Academy. A resident of the Persian Gulf for several years, he holds a PhD from Johns Hopkins University, and a linguist certificate in Arabic. He is also the author of The Politics and Security of the Gulf: Anglo-American Hegemony and the Shaping of a Region (Routledge).

"Imperial Crossroads does a fine job at bringing together strategists, historians, diplomacy experts, and economists to create a multi-disciplinary volume on the region. It provides insight on the history of relations between the global maritime powers and the region's state actors through the lens of international realism and in doing so it removes many misconceptions and myths brought about by ideologically-tinged analyses. The authors eschew portraying Iran and Saudi Arabia as one-dimensional actors and instead they give us insight into how the two states capable of playing geopolitics just as well as any global power. No single book can address all perspectives or answer all the questions but Imperial Crossroads goes further into the past than most others and allows us to better understand long-term trends the relations between great powers and the states in the Persian Gulf."—The Strategy Bridge.com

"Comprising eleven of the papers presented at what must have been an absolutely fascinating series of Gulf and the Globe conferences that were held at the US Naval Academy in 2009. While generally considered to be an oxymoron, naval intellectualism is a reality. Fortunately, it seems to be reasonably prevalent in the US Navy despite the best efforts of many of America's current crop of politicians to suppress it. This fine collection of essays describing the past and present realities of the Gulf region prove that assertion beyond doubt. While lightly colonised, the Gulf has been and remains a plaything of the great powers. Reading the book is a great way of learning how and why."—Baird Maritime

"The authors provide methodically researched, well written, and in-depth information and analyses on a subject that is vast and complex in its scope, giving the reader the necessary tools for further reflection. The authors' notes at the end of the book are valuable assets, and give the reader access to a plethora of additional resources. Even if the analyses are not always of the same magnitude, the authors consistently share a concern for rigor and quality research, requiring a considerable investment of time. Together, they present a clear and comprehensive analysis of how the world's various powers intervened in the Persian Gulf, and how this has affected the region and its evolving political climate today."—Journal of Military and Strategic Studies