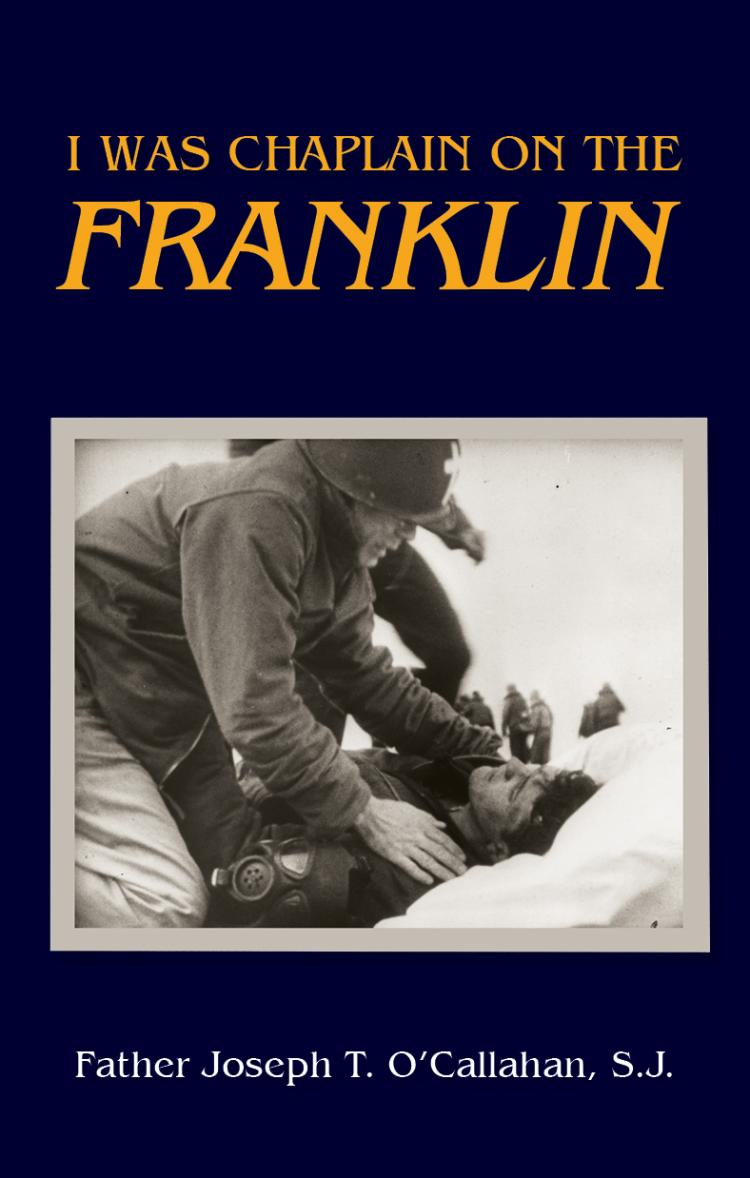 I Was Chaplain on the Franklin

On the morning of March 19, 1945, about fifty miles off the coast of Japan, the aircraft carrier USS Franklin was bombed by Japanese aircraft. Two heavy bombs penetrated the hangar deck killing everyone inside. The planes on the flight deck were knocked into the air, their whirling propellers smashing gas tanks which spilled 17,000 gallons of gasoline. Fires raged from stem to stern on three decks. For four interminable hours, explosions rocked the Franklin. All communications, fire mains and power were gone. Into the thick of the choking smoke and fury came a hero with a white cross on his helmet. "Padre" to the Catholic, "Rabbi Joe" to the Jewish boys, Chaplain O'Callahan was "Father" to everyone on board.

Father O'Callahan tells of his own experiences, recapturing the perilous and heroic drama of the Franklin. He leads you through blazing decks to observe gallant engineers and pharmacists, doctors and stewards man the battle stations. He recalls moments of his own inspired leadership. He describes a host of dramatic episodes on a stricken ship that refused to sink.

When the Franklin finally limped into Pearl Harbor, it was the most damaged ship ever to reach port. Its casualty list was the highest in Navy history--432 dead and over 1,000 wounded. "Big Ben" was bombed, battered, bruised and bent, but like the spirit of the men on board, she was not broken.

For his conspicuous gallantry above and beyond the call of duty, Father O'Callahan received the only Congressional Medal of Honor ever awarded a navy chaplain.

His inspiring account of the Franklin’s travail is more than a story of heroism, war, and men. It is a powerful and unforgettable story of faith.

"This is the stirring story of the ship that would not die, and of the men whose heroism unto death made it possible for the carrier U.S.S. Franklin to return under its own power after enemy bombs, the explosion of its own ammunition and searing fire had done their worst. Two thirds of its personnel lost their lives and the rest selflessly exposed themselves to unbelievable risk and danger first to save those who could be saved, and at the same time to save the ship itself. Father O'Callahan was Roman Catholic chaplain on the Franklin, and through his eyes we see these men as persons whose devotion to duty and fear and love of God made them equal to a crisis such as seldom comes to men, even in war. For his own bravery and heroism Father O'Callahan was awarded the Congressional Medal of Honor. The reader is moved to a feeling of deep pride at this story of fellow Americans under fire. Many will wish to read it more than once. The market should go well beyond the Catholic audience." —Kirkus

“O'Callahan’s inspiring account of the Franklin’s travail is more than a war story. It is a powerful and unforgettable story of faith and heroism.” —World of Warships

“I Was Chaplain on the Franklin is an overlooked gem.” —Washington Examiner