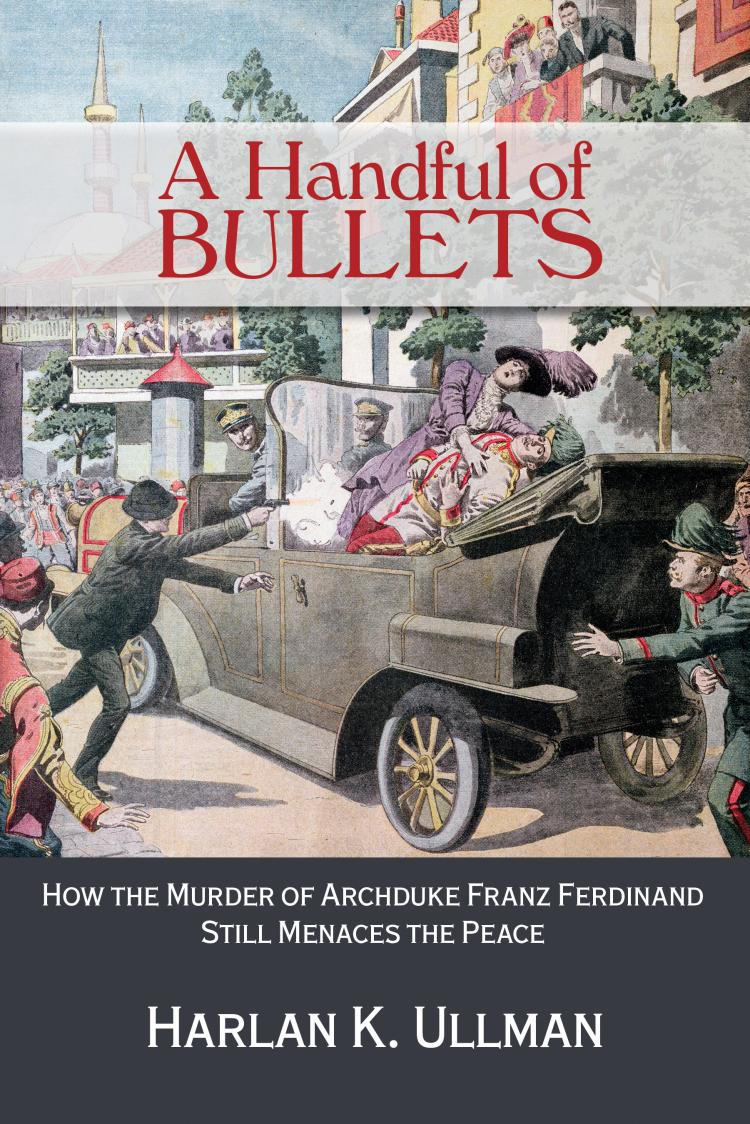 A Handful of Bullets

The Great War or the “War to end all wars” as promised by President Woodrow Wilson was neither great nor ultimately conclusive. Precipitated by the assassination of the Austro- Hungarian Archduke Franz Ferdinand and his wife in the streets of Sarajevo on June 28, 1914, World War I demolished the order established by the Concert of Vienna, an order that had maintained the peace in Europe for almost a century. The ensuing carnage laid the foundation for World War II and the Cold War that followed.

World War I also left in its catastrophic wake three transformational legacies that remain largely unnoticed today. These legacies have provoked and will continue to provoke massive change to the international order. But containing, mitigating, and preventing these disruptions from exploding into major crises will prove no less difficult a challenge than did restraining the forces that ignited the chaos and violence of the last century.

These legacies would make Osama bin Laden into a modern day version of Gavrilo Princip, the Archduke’s assassin, and turn September 11, 2001 into an event like that one on June 28, 1914, in many different and frightening ways. Instead of using a Beretta 9 mm pistol, bin Laden crashed three airliners into New York’s Twin Towers and the Pentagon in Washington, D.C., starting a global war on terror.

Unfortunately, America’s current strategic mindset to deal with the twenty-first century remains firmly anchored in the previous century. That mindset must change if aspirations for peace and prosperity are to be met with decisive and effective actions. Ullman offers provocative and challenging arguments to conventional wisdom—that we fail to understand the challenges and dangers and lack a mindset to cope with these twenty-first-century realities. He argues that while the dangers are not as destructive as a world war, unless they are addressed, at best the standard of living and expectations of Americans will decline, and at worst, the world will become more violent, unpredictable, and chaotic.

Harlan K. Ullman is a strategic thinker and innovator whose career spans the worlds of business and government. Chairman of several companies and an advisor to the heads of major corporations and governments, he was the principal author of �Shock and Awe.� A graduate of the U.S. Naval Academy, he served in combat in assignments in Vietnam. He holds an MA, MALD, and PhD from The Fletcher School of Law and Diplomacy at Tufts University and lives in Washington, D.C.

"...this is a most useful treatise of contemporary threats (it is current up to late 2014) and the so far unsuccessful efforts to stem the assaults of the four horsemen. While centered on US policy shortfalls, the book should nevertheless be read by aspiring strategists, diplomats and military thinkers; not necessarily to agree with Ullman, but to assess where the archduke's assassination has taken us in the past century and how we can visualize and articulate a more stable and peaceful future." —Australian Naval Institute"A Handful of Bullets is sweeping and allows the author to comment on the major issues of our time. His critique is often withering and his recommendations call for fundamental change that will be difficult to implement. But if Ullman is right about the cumulative impact of his 'Four New Horsemen of the Apocalypse' ([sic] failing government; economic despair; religious extremism; and environmental catastrophe), such fundamental reforms may be needed."  —PRISM"...this book represents a serious and mostly successful attempt to diagnose the causes of contemporary crises, give a clear eyed view of what potential futures exist, and give some thoughtful and thought-provoking recommendations as to how to best achieve those futures that are the most favorable to the United States and its people, and to the people of the world at large."  —Naval Historical Foundation"There is not enough space in a short review adequately to summarize Ullman's comprehensive survey of the Princips and archdukes of our age, nor his extensive and frequently controversial list of remedies and reforms. But agree or disagree, every citizen who is serious about the nation's global challenges should weigh the situation and strategy assessments of this iconoclastic and readable thinker."  —HuffPost Books"Ullman's book is a worthwhile read, and national security experts should consider his conceptual arguments. "  —Naval War College"Although US-centric, and understandably so, this book is refreshing in the honesty with which it critiques the US system. It stares with confidence in the mirror and recognises the bad as well as the good. At times, this work presents a bleak picture but there is plenty of sound reasoning to back it up, and solutions are offered too. It is the sort of book that you will think about, and talk about, long after you have turned the final page, and I will definitely be keeping an eye out for those new four horsemen."  —Australian Defence Force Journal "...Ullman makes a powerful and timely plea for a reinvigoration of strategic thinking within the U.S. defensive apparatus. He has specific and useful suggestions the restructuring of U.S. Cyber Command, the intelligent use of reserve status for ships and units to provide the flexible defensive capacity, a special U.S. ambassador to NATO to reinvigorate that alliance, and discarding the U.S. Army War College and inculcating a culture of 'brain-based' solutions. This idea is worthy of consideration."  —Military Review"If ever there was a bad time to have lost the art of strategy, this is it. Harlan Ullman explains graphically why the West needs statesmen, not politicians. Read this book; it's compelling and chilling, in equal measure."  —General the Lord Richards of Hertsmonceaus,late Chief of Defence Staff United Kingdom"Harlan Ullman is both a highly experienced observer and a great practitioner of international politics, having served as an advisor to heads of state and heads of industry. This book is a classic and is must reading for both his analysis and recommendations. I only wish governments would take his ideas for action."  —Asif Ali Zardari president of Pakistan, 2008-13$