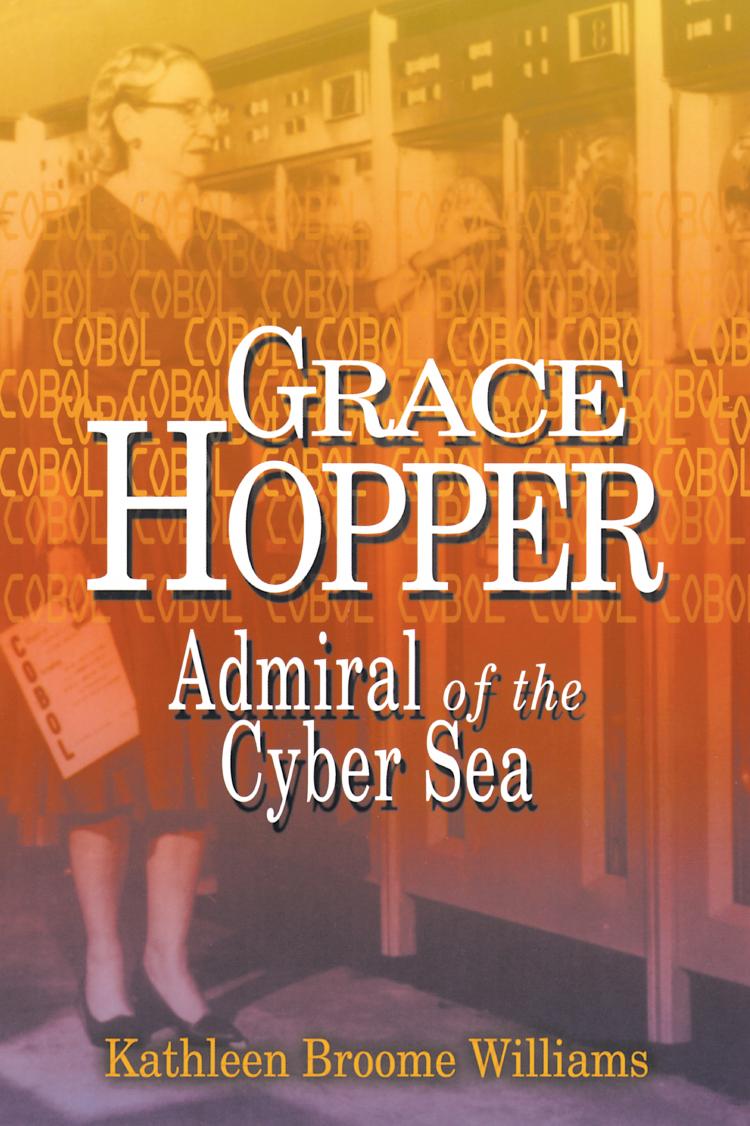 When Grace Hopper retired as a rear admiral from the U.S. Navy in 1986, she was the first woman restricted line officer to reach flag rank and, at the age of seventy-nine, the oldest serving officer in the Navy. A mathematician by training who became a computer scientist, the eccentric and outspoken Hopper helped propel the Navy into the computer age. She also was a superb publicist for the Navy, appearing frequently on radio and television and quoted regularly in newspapers and magazines. Yet in spite of all the attention she received, until now "Amazing Grace," as she was called, has never been the subject of a full biography.

Kathleen Broome Williams looks at Hopper's entire naval career, from the time she joined the WAVES and was sent in 1943 to work on the Mark I computer at Harvard, where she became one of the country's first computer programmers. Thanks to this early Navy introduction to computing, the author explains, Hopper had a distinguished civilian career in commercial computing after the war, gaining fame for her part in the creation of COBOL.

The admiral's Navy days were far from over, however, and Williams tells how Hopper--already past retirement age--was recalled to active duty at the Pentagon in 1967 to standardize computerprogramming languages for Navy computers. Her temporary appointment lasted for nineteen years while she standardized COBOL for the entire department of defense. Based on extensive interviews with colleagues and family and on archival material never before examined, this biography not only illuminates Hopper's pioneering accomplishments in a field that came to be dominated by men, but provides a fascinating overview of computing from its beginnings in World War II to the late 1980s.

Kathleen Broome Williams was raised in Italy and England and has taught in Puerto Rico, Japan, and Panama as well as in the United States. She has published extensively in naval history and is spending the 2018�2019 academic year at the U.S. Naval Academy as the Class of 1957 Distinguished Chair in Naval Heritage.