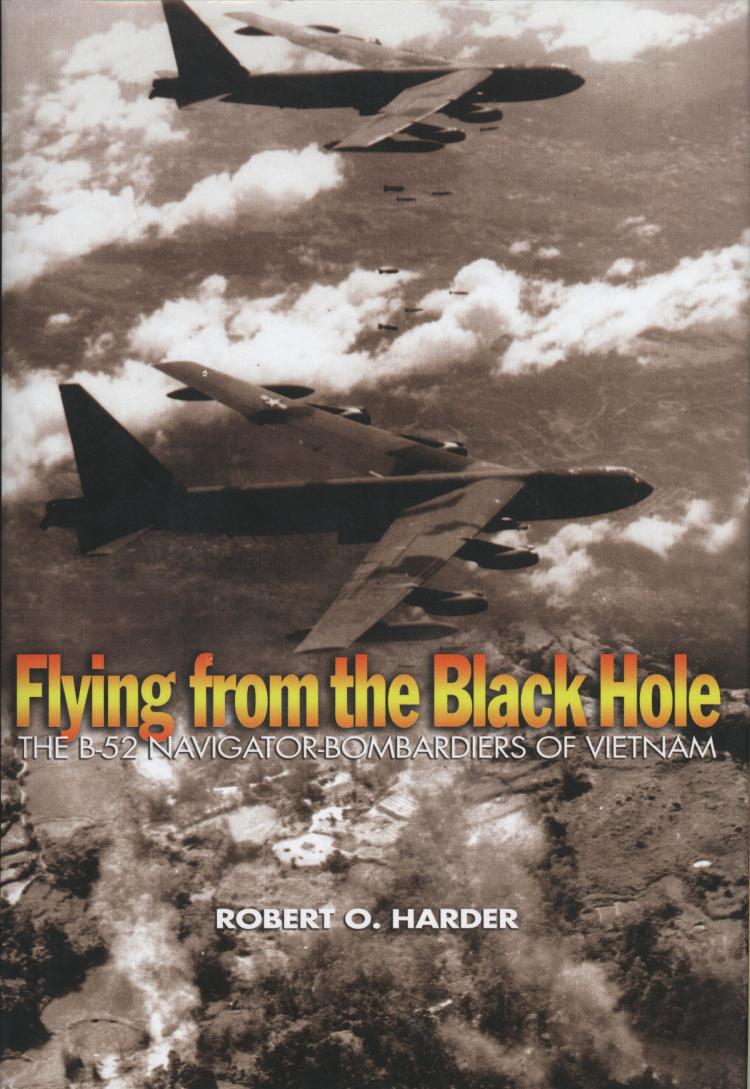 Flying from the Black Hole

The B-52 Navigator-Bombardiers of Vietnam
By Robert O. Harder
Softcover $6.74
Overview Author Reviews

Air Force navigators and bombardiers have long labored under the shadow of pilots—their contributions undervalued, misunderstood, or simply unknown to the general public. This was especially the case with the non-pilot officer aircrew in the Vietnam and Cold War-era B-52 Stratofortress. Of the six people who operated the bomber, three wore navigator wings—two of those men were also bombardiers, the other an electronic warfare officer. Without the navigator-bombardiers in particular, executing the nuclear war strike plan or flying Southeast Asian conventional bombing sorties would have been impossible. This book reveals who these men were and what they did down in the “Black Hole,” a story told by one of their own.

Robert O. Harder was an Air Force ROTC Distinguished Military Graduate and Strategic Air Command "Cold War" B-52D aircrewman with 145 combat missions during the Vietnam War. A rated navigator and radar bombardier, he also flew nuclear training sorties and stood Pad Alert. A former business executive, he is an FAA-certificated flight instructor and writer. His previous book, Flying from the Black Hole: The B-52 Navigator-Bombardiers of Vietnam was first published by the Naval Institute Press in 2009. Visit the author's website.

"Combining his technical savvy with a brand of humor that is distinctively Air Force, Harder gives the layman a good primer on the navigator's role before showing how he and his colleagues put it to wartime practice. As such, Flying from the Black Hole earns a place in any Vietnam or U.S. Air Force scholar's library." —HistoryNet originally published in the February 2010 issue of Vietnam Magazine