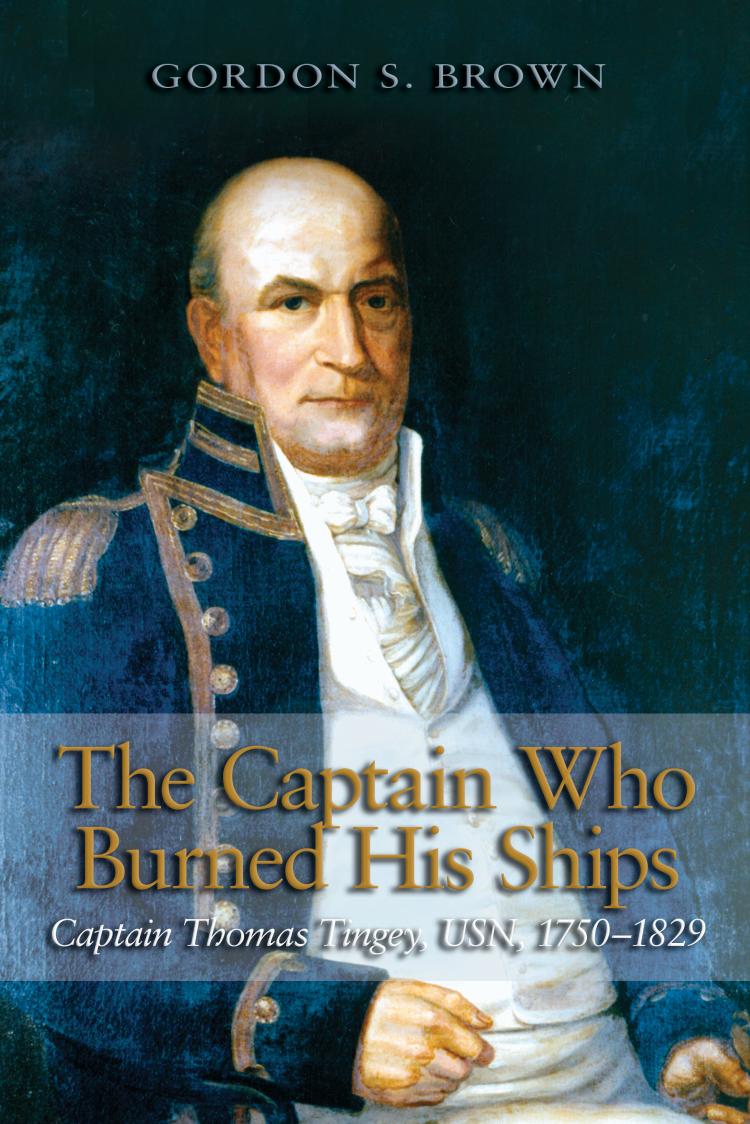 The Captain Who Burned His Ships

This is the first biography of Captain Thomas Tingey, a seminal figure in the early development of the U.S. Navy. It is at the same time a biography of this important American naval figure and a history of the first quarter century of the Washington Navy Yard, which Tingey commanded for that period. It is also the story of the transition of the navy from an object of partisan discord, to an honored and beloved defender of a growing and increasingly self-confident young nation. Tingey, who came to America after a short service in the Royal Navy, contributed importantly to the success of the navy in the War of 1812 and left a legacy of naval service which many of his descendants have followed. The Captain Who Burned His Ships is designed to fill a blank in popular histories of the 19th century American navy, which have been centered on the exploits of the heroes of the Barbary campaigns and the War of 1812. It looks at the development of the navy through its construction and logistical components, in which the Washington yard and Tingey played an important role. It looks at Tingey’s contributions to the development of yard procedures and practices, his civic role in the budding city of Washington, and the tragic events of 1814, when he was forced to burn his own creation to save it from falling into British hands

Gordon S. Brown is an author and retired diplomat, whose books include Incidental Architect, about early Washington DC, Toussaint�s Clause: The Founding Fathers and The Haitian Revolution, and The Norman Invasion of Southern Italy and Sicily. During a 35-year career in the US Foreign Service he was Ambassador to Mauritania 1991-94, Political Advisor to General Schwarzkopf during the first Gulf War, and Director of Arab Gulf Affairs in the State Department.

"The Captain Who Burned His Ships is a well organized, well written book and a pleasure to read. Its production values, too, meet the high standards of the Naval Institute Press. Commodore Thomas Tingey has now secured a well-deserved place in the US Navy's historiography thanks to the diligent scholarship and narrative skills of his biographer, Gordon S. Brown." — Michigan War Studies Review