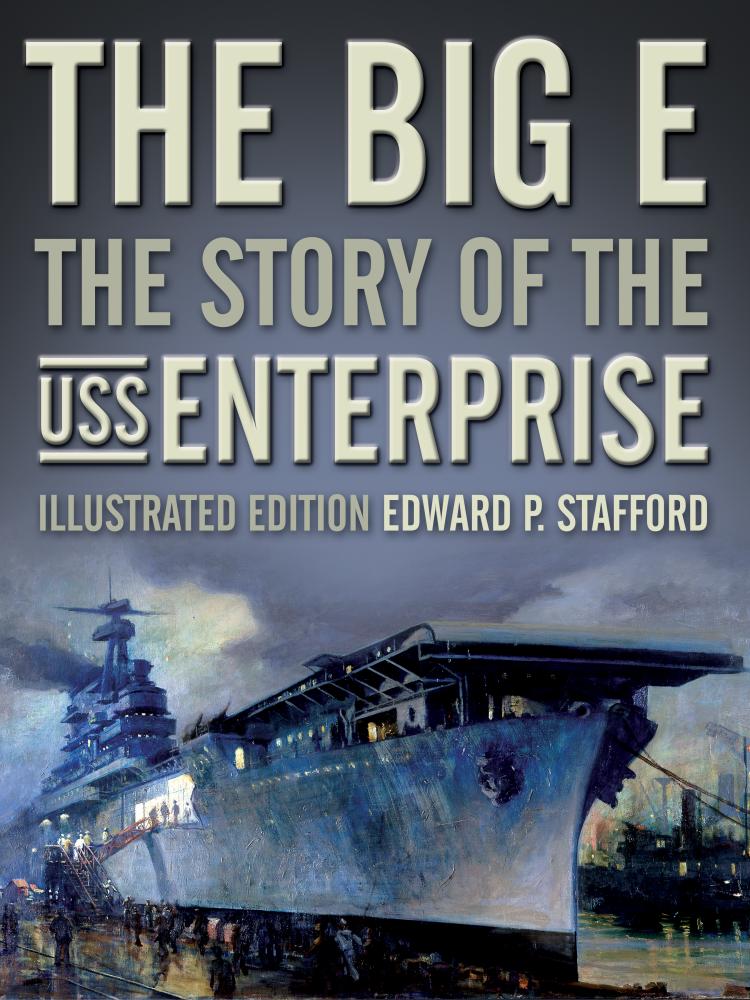 “Her admirers will be grateful to Commander Stafford for preserving so much of her so well.” -- New York Times

“The unbelievable career of the bravest and most effective warship America ever built, excitingly recorded.” -- Life

“An action-packed drama of living men in a ship with a soul.” -- San Francisco Examiner

“After reading Commander Stafford’s lovingly detailed saga, you may well wonder: Why didn’t they preserve the Big E for posterity, just as they did Old Ironsides.” -- Arizona Republic

A lasting tribute to the USS Enterprise, this heavily illustrated, new edition tells the classic tale of the carrier that contributed more than any other warship to the naval victory in the Pacific. The original book, published in 1962, has remained one of the most celebrated World War II stories for more than four decades.

The Big E participated in nearly every major engagement of the war against Japan and earned a total of twenty battle stars. The Halsey-Doolittle Raid; the Battles of Midway, Santa Cruz, Guadalcanal, the Philippine Sea, and Leyte Gulf; and the invasions of Iwo Jima and Okinawa are all faithfully recorded from the viewpoint of the men who served her so well.

This superb study of a great ship, her crew, and the action they saw has been called one of the finest pieces of naval writing to emerge from the war. Author Edward Stafford mined genuine nuggets from the mountain of research and lengthy interviews he conducted to write this book. He answers questions such as: What was it like to be inside the cockpit of a Dauntless dive bomber as it bored in on its target or what kind effort was required to unstick the ship’s huge rudder when it was damaged by a bomb? Literate and scholarly as well as highly dramatic, the book will appeal to historians and the general public alike.

Commander Edward Peary Stafford, USN (Ret.) (1918-2013) was a naval aviator. He wrote for Naval History and Proceedings, as well as for National Geographic. He is best known for The Big E and four other books on naval history: Subchaser; Little Ship, Big War; The Saga of DE-343, and The Far and the Deep.

"A naval classic first published in 1962, Stafford's The Big E set a high standard for books about World War II, especially those about a ship and its crew. The aircraft carrier USS Enterprise, the Navy's most famous and decorated ship of the war, was scrapped before Stafford, a naval aviator himself, wrote the book, which might have motivated the nation to save the ship. Stafford's extensive research and interviews with the ship's crew and air group cemented in print the extraordinary combat record of the ship with fresh recollections of the combat action. With this edition, published decades later, the Naval Institute Press turned The Big E into a beautifully illustrated large-format book that adds images, sidebars and appendices to Stafford's work to bring the ship alive to new readers." —Seapower