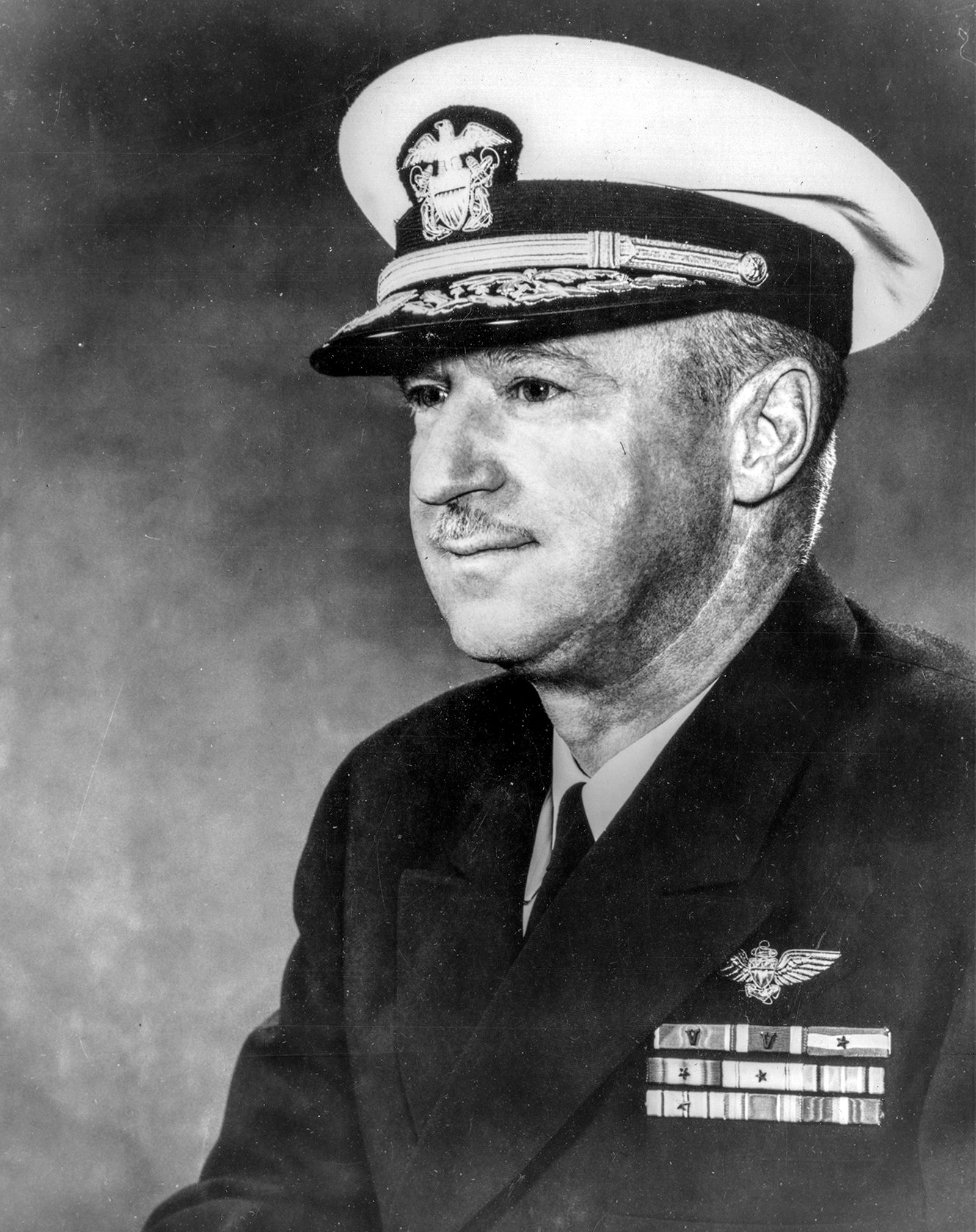 Admiral Alfred Melville Pride's early interest in aviation was followed by enlistment in Naval Reserve for World War I in 1917, aviation training, and brief overseas duty in France. Pride augmented to the regular Navy in 1921, later becoming one of the first flag officers who was not a Naval Academy graduate. He served in the scout plane detachment of the battleship USS Arizona (BB-39) in 1920 and then joined the commissioning crew of the first carrier USS Langley (CV-1) as one of her aviators. In 1927 he was in the commissioning crew of the USS Lexington (CV-2) and made the first landing aboard.

As a test pilot, he flew a number of experimental planes and made the first autogiro landing on carrier deck. He suffered a serious injury in a plane crash, nearly ending his career. He served in Bureau of Aeronautics and in patrol plane operations with Marc Mitscher. Pride was exec of the the USS Saratoga (CV-3) at the outbreak of World War II and then put the light carrier USS Belleau Wood (CVL-24) in commission as the first skipper and took her to combat in Pacific. He served with Kelly Turner in amphibious air support at the end of the Pacific War.

In the late 1940s and early 1950s, Pride commanded carrier divisions in the Sixth Fleet, sandwiched between a tour as Chief of Bureau of Aeronautics. The BuAer period is covered in some detail Pride's oral history as he talks about the aircraft acquisition process and various manufacturers with whom he dealt. His career wound up with tours as Commander Naval Air Test Center, Commander Seventh Fleet, and Commander Air Force Pacific. As fleet commander he had dealings with the Japanese and Nationalist Chinese.

By Admiral Alfred M. Pride, U. S. Navy (Retired)
I have no idea why Lieutenant Commander Godfrey de Courcelles "Chevvy" Chevalier picked me, one of his pilots, to design the arresting gear for the USS Langley (CV-1).1 He walked ...

By Admiral Alfred M. Pride, U. S. Navy (Retired)
The Langley holds a special place in my heart. Sometimes I wished she could go faster, but she taught us a lot about carrier techniques. We learned a lot of ...