How AI Can Help The Joint Forces With Persistent Targeting

One of the thorniest challenges in the Indo-Pacific is persistent targeting—how can the joint forces keep track of a constantly changing array of often fast-moving targets, over vast open spaces, against adversaries adept at hiding what they’re doing? How can you make sure you’re always matching up the right sensors with the right targets, and at exactly the right times, so you can maintain custody on critical targets with the needed handoff from
one sensor to the next?

These are complicated problems that require rapidly bringing together and analyzing, in real time, a growing ocean of information on both targets and sensors—something that is becoming increasingly difficult using conventional manual approaches. However, those are just the kinds of problems that artificial intelligence solutions are well suited to handle. With advances in machine learning
and other forms of AI, the joint force now has the tools and opportunity to make an exponential leap in persistent targeting in the Indo-
Pacific and elsewhere.

Establishing and improving situational awareness through the use of AI starts with a robust capability to gather, store and process large amounts of data. Fortunately, today there are data platforms that can securely bring together the full range of data that the joint forces collect on targets and sensors. These platforms can seamlessly accept data from any source, and in any format, and make it
fully available to AI and other data fusion and analytic applications.

The application of trained AI models on these large sets of data can then result in rapid target identification, factoring in current or last known locations, as well other target characteristics. These models can also correlate other sensor information about a target, such as patterns in the electromagnetic, acoustic and IR signatures.

Properly trained AI models also can predict where targets are likely to go, so operators can optimize potential sensor-to-sensor handoffs to maintain persistent targeting and help commanders maneuver their forces in advance of adversary action. The AI
models do this by analyzing historical data on the adversary targets and actions, looking for behaviors and patterns, such as where those targets have gone in the past in particular circumstances. For example, when there’s a certain combination of adversary aircraft flying in a “package”—such as two tankers, four bombers and six fighters—what kinds of missions did such a group execute in the past and what flight paths did they tend to take? How have such patterns been changed in the past by our responses, and by other factors, such as the weather?

The power of AI comes from its ability to combine vast amounts of historical data with the current context from any number of sources, such as intelligence, political developments, and weather. This can then provide commanders with likely paths for targets of interest and assign confidence and probability values to the different potential target movements.

AI solutions can also identify which available sensors are best suited to maintain target custody, and can continuously perform sensor-target pairings, at machine speed, with automated handoffs—across large geographies with multiple targets and multiple sensors. For example, based on the historical data, which types of sensors have been most successful in tracking targets with certain characteristics? Which sensors are most accurate in a particular combination of environmental factors? AI models, for example, can account for water depth, sound-velocity profiles and arrival path in tracking a submarine, and also factor in the sensor’s position relative to the target. Such AI solutions can then help optimize the sensor-target paring, ensuring the right sensor is on the right target at the right time.

AI also can look many moves ahead, to identify the best sensors—not just for the upcoming handoff, but for the= next handoff and the next ones after that. As the targets move, AI models can continually update “best-sensorto-use” calculations, in the same way that a smartphone map application continually reconfigures for the fastest route. The ability to project a complex target-tracking scenario five, ten or twenty moves ahead at machine speed can provide commanders with a huge information edge in a rapidly unfolding scenario.

Prioritizing And Orchestrating The Sensors

It’s not uncommon that a particular sensor is needed for two different targets at the same time. How does the commander decide? Here again AI can help. It starts by evaluating the targets themselves and ingesting the commander’s target prioritization and the likelihood of the loss of target custody. For example, a commander may prioritize a highly accurate sensor for a high-priority target. But if the custody of that high-priority target can be assured with a different sensor for a short period of time, then the highly accurate sensor could potentially be re-tasked and then returned to the high priority target without any mission degradation. That would free
up the more accurate sensor to provide information on a target that might otherwise be difficult to acquire. The promise of AI is that it can sort out much of this complexity in real time to maintain persistent targeting and custody on multiple targets in an ever-changing environment. AI solutions can also deal with changing commander priorities, changing environmental factors, sensor degradation, and adversary counteractions all at machine speed—delivering the commander a synchronized battlespace-awareness plan optimized for both sensor and targets.

These AI solutions also learn over time. As they get “smarter,” they can better sort out which combinations of sensors are most effective at tracking which targets and under which conditions. As models incorporate more data and the results of human decision making across many different scenarios, they will also improve anomaly detection, target path prediction, and synchronized sensor target pairing. 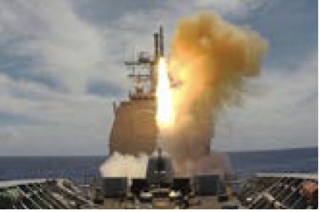 Staying Ahead Of Adversaries

As the battlespace in the Indo-Pacific and other areas of interest becomes increasingly complex and crowded, and as adversaries get more skillful at hiding their intentions, persistent targeting will only get more difficult. Integrating AI solutions into today’s operations can give the joint forces a strategic edge.

PATRICK BILTGEN, PH.D. ([email protected]) is the director of AI mission engineering at Booz Allen, leading data analytics and AI development for space and intelligence programs. He is the author of Activity-Based Intelligence: Principles and Applications, and recipient of the 2018 Intelligence and National Security Alliance (INSA) Edwin Land Industry Award.