The Naval Institute is proud to mark 100 years of carrier-based aviation. It is hard to believe that in just one century, the Navy has gone from flying biplanes off a converted collier, the USS Langley (CV-1), using sandbags as arresting gear, to nuclear-powered carriers with electromagnetic catapults that can sail from one side of the world to the other in less than two weeks. While I am a proud surface warfare officer at heart, my time deployed as Destroyer Squadron 31 on board the USS Abraham Lincoln (CVN-72) and my time commanding the USS Nimitz (CVN-68) Carrier Strike Group gave me a huge amount of respect for naval aviators and flight-deck crew. Here’s to the next century of carrier aviation! 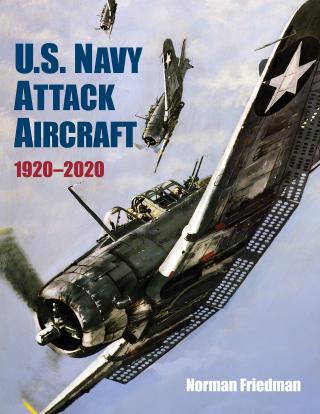 U.S. Navy Strike Aircraft, by Norman Friedman is “A fantastic companion for any aviation enthusiast interested in the history of U.S. Navy strike aircraft from the interwar to modern times.”

This Special Edition covering the aircraft carrier USS Intrepid tells the complete story of this famous ship in a highly readable and engaging format that features many photographs, maps, and illustrations.

Space is limited for our late October conference, “The Russia–China Partnership: A Challenge to the World Order?” This event will be held in the Jack C. Taylor Conference Center at the Naval Institute on Tuesday, 25 October. We are pleased to confirm our keynote speakers: Dr. Hal Brands, Henry A. Kissinger Distinguished Professor of Global Affairs at the Johns Hopkins School of Advanced International Studies, and Dr. George Friedman, Founder and Chairman, Geopolitical Futures. Both will share their expertise on the historical, cultural, religious, and geographical aspects of China and Russia. Panelists include: Elbridge Colby; Admiral Harry Harris, USN (Ret.); Michael Kofman; Dr. Sarah C. M. Paine; Dr. Lyle Goldstein; and The Honorable Randall Shriver. Register at usni.org/events for in-person or virtual attendance.

The Board of Directors approved a modest 6 percent dues increase effective 1 July. The best way to offset the increase is to lengthen the term of your membership.
P CEO Notes

On 11 May, we held the Naval Institute’s 149th Annual Meeting—our first in-person annual meeting in three years and our first at the new Jack C. Taylor Conference Center.