Take the Sailor Out of the Minefield

Sea mines are an affordable and effective weapon in naval warfare, a concerning threat posed by states as well as terrorist groups and other nonstate actors. The headlines are as stark as they are disturbing: “Oil Tanker Near Iraq Finds Mine on Hull as Gulf Risks Mount,” “Greek-Operated Tanker Damaged by Mine at Saudi Terminal,” “Tanker Loading Crude Damaged by Floating Mine in Yemen.”1 These attacks have intensified over the past several years. In 2020, the Arab Coalition announced that it had removed 157 naval mines placed in the south end of the Red Sea by Iran-backed Houthis.2 More recently, Russia has been accused of setting mines adrift in the Black Sea to impede Ukrainian commerce.3

The potential use of sea mines to strangle maritime choke points presents a threat both ubiquitous and deadly. The Navy must find a way to defeat them without putting sailors in harm’s way inside a minefield, or the unimpeded sea commerce that undergirds global trade will no longer be assured and the service’s ships will be at extreme risk almost anywhere the Navy operates.

Mines are one of the most vexing naval challenges. Sea mines are hard to find, difficult to neutralize, and pose a deadly hazard to any vessel—even those specifically designed to hunt them. The Navy and Marine Corps appear to be stuck in neutral as they seek to find effective solutions. Even after decades of aspirational intentions to enhance the Navy’s mine countermeasures (MCM) posture, its capabilities are little changed. While senior leaders articulate the need to find ways to address the threat, the gap between “aspiration” and “instantiation” continues to widen.

Many Proceedings articles in recent years have highlighted the clear and present danger of the mine threat, the Navy’s diminishing ability to deal with these deadly weapons, and the dangers posed by placing MCM ships in a minefield to conduct clearing operations.4 These calls to action are good as far as they go, but what is lacking is an effective near-term solution to deal with this threat.

The only way to take the sailor out of the minefield is to employ unmanned technologies to hunt and destroy mines from a distance. Until recently, unmanned vehicle technologies were not mature enough to take on the complex mine-hunting and mine-clearing task. Today they are, and commercial-off-the-shelf (COTS) technologies are at the forefront of providing such a solution.

But the Navy’s ability to deal with sea mines is not getting better; the trendlines are moving in the wrong direction. The Navy’s primary MCM platforms—the MH-53E airborne mine countermeasures helicopters and Avenger-class minesweepers—are scheduled to sunset by 2025. As Captain Chris Merwin of the Naval Surface and Mine Warfighting Development Center pointed out at the 2021 Sea-Air-Space Conference, the Navy’s follow-on MCM system, principally the littoral combat ship MCM mission module, is coming online much more slowly than anticipated.

A series of Navy and Marine Corps exercises, experiments, and demonstrations over the past several years evaluated unmanned surface vehicles (USVs) for a variety of missions, but in particular as potential autonomous MCM solutions. These platforms demonstrated their ability to perform the “dull, dirty, and dangerous” work previously done by sailors and Marines in the hazardous littoral zone.

One system that performed well during these MCM events was the T38 Devil Ray catamaran-hull USV. The Devil Ray could provide an over-the-horizon “single sortie detect-to-engage” MCM capability. One of its key attributes is its aft-mounted tow station, which can house either a towed mine-hunting sonar or a mine neutralization system (MNS) on a remotely operated vehicle (ROV). These towed subsystems are installed on rails that are incorporated into an angled deck on the stern of the Devil Ray, allowing for an autonomous launch and recovery. Other USVs also could be adapted for the autonomous MCM mission.

Single-sortie MCM operations would require T38s to work in concert with each other. In a full minefield search scenario, multiple T38s with mine-hunting sonars would be supported by one or two T38s with the MNS neutralization payload.

The minehunting system employs readily available commercial-off-the-shelf multibeam echo-sounder technology, deployed autonomously through a midship moon pool, embodied in a towed-body-mounted sonar or, in an optimum solution, using both methods concurrently on a single USV. A variety of existing commercial sonars have resolutions sufficient to search for mine-like objects (MLOs). An important feature that the higher-end Teledyne, Norbit, and R2Sonic sonars possess is an automatic target-classification system to identify any detected anomalies as a potential MLO.

The second component of this commercial-off-the-shelf solution is the mine neutralization system. If detected MLOs are classified as likely mines, the MCM-MNS T38 would transition from hunting to neutralizing through the launch of a tethered ROV such as the Idrobotica Pluto-Plus, which would provide real-time video validation/recognition of previously detected mine-like objects. The Pluto-Plus MNS ROV autonomously executes the MLO route for final classification and man-in-the-loop validation/recognition of each mine-like object as a mine or not. This process is repeated until the field is cleared. This COTS-based MCM solution can perform sweeps around the clock with minimal human intervention, allowing for a safe and effective MCM solution.

The Navy’s emerging programs of record for delivering robust MCM capabilities later this decade and beyond are good as far as they go. However, if the service wants to buy down the inherent technical risk and challenge the paradigm of long-cycle acquisition in the deadly serious business of MCM, it should field a near-term, unmanned COTS solution today as a gap-filler. Once operators see this solution, the Navy will be well on its way to a bespoke system to defeat the mine threats of today—and tomorrow.

To be clear, this is not a platform-specific solution, but rather a concept. When operators see a capability with any unmanned COTS platforms in the water successfully performing the MCM mission, they will likely press industry to produce more-capable platforms to undertake the autonomous mine-hunting and mine-clearing task to get people out of the minefield. The sailors and Marines operating in harm’s way deserve nothing less. 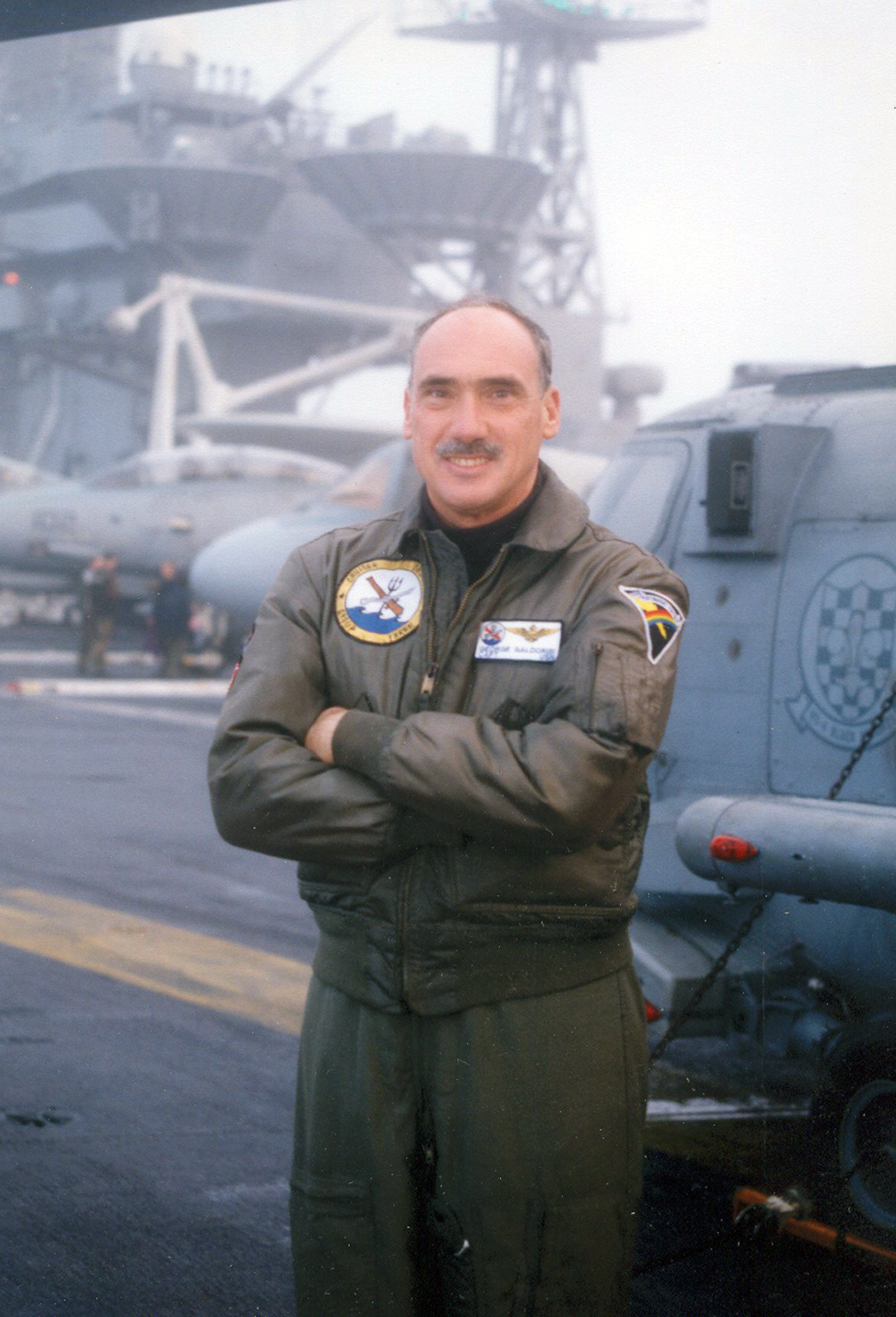 Captain Galdorisi is a career naval aviator who began his writing career in 1978 with an article in Proceedings. Coming off four consecutive New York Times best-sellers, his latest books are The Coronado Conspiracy and For Duty and Honor (Braveship Books, 2017 and 2018).

Blocking UASs with Bytes, Not Bullets

By Captain Christian M. Thiessen, U.S. Marine Corps, and Britta Hale
Battles in Iraq, Syria, Nagorno-Karabakh, and Ukraine have given the world an appreciation for the potential of intelligent autonomous systems.
P The Innovation Cell

Get Moving with Human-Machine Teaming

By Captain George Galdorisi, U.S. Navy (Retired)
A closer human coupling is precisely what manned-unmanned teaming can bring, but only if aspirational vision is matched by concrete actions.