For more than a century, the U.S. Navy’s submarine force has provided an asymmetric advantage over the nation’s adversaries. On 12 October 1900, the USS Holland (Submarine-1) became the first commissioned submarine in the U.S. Navy. Just 54 feet in length and displacing only 75 tons, the Holland served five years in our Navy, but her design, propulsion, and operation provided useful lessons for later submarines. A hundred and twenty-two years later, we celebrate the Silent Service. In times of crises, U.S. presidents may ask “Where is the nearest aircraft carrier?” But our adversaries must always wonder and worry: “Where is the nearest U.S. submarine?” 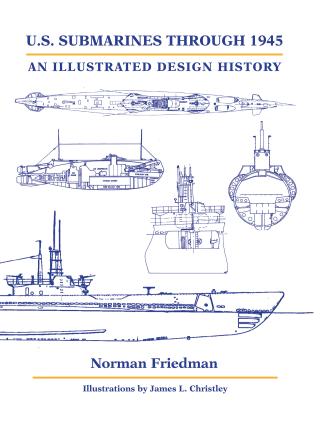 To order your copies, use the QR codes above or visit the links above.

Tune in for the next U.S. Coast Guard Academy event

For the eighth consecutive year, the Naval Institute will partner with the U.S. Coast Guard Academy to host a discussion on important issues affecting the Sea Services and global security. Vice Admiral Charles B. Cooper, U.S. Navy, Commander, U.S. Naval Forces Central Command/Commander, Fifth Fleet, will be the featured speaker on Tuesday, 11 October, from 1900 to 2000 at the Coast Guard Academy in New London, Connecticut. He will talk about ongoing operations and experimentation with unmanned platforms in the Fifth Fleet area of responsibility. Watch the conversation live at www.usni.org/events.

Space is limited to hear keynote speakers Dr. Hal Brands and Dr. George Friedman in person at “The Russia-China Partnership: A Challenge to the World Order” conference on 25 October at our Jack C. Taylor Conference Center in Annapolis. To register for this hybrid event and for more information on all the esteemed speakers and panelists, go to https://www.usni.org/events/russia-china-partnership-challenge-world-order.

We are grateful to former Coast Guard Commandant and Naval Institute Director Admiral Thad Allen, U.S. Coast Guard (Retired), for spearheading the Naval Institute Foundation’s annual anniversary appeal via mail and online. As the Institute observes its founding 149 years ago this month, we respectfully ask for your generous support of our educational mission.

The Board of Directors approved a modest 6 percent dues increase effective 1 July. The best way to offset the increase is to lengthen the term of your membership.