From the Editor’s Desk: The ‘Cracker Jack’ Issue 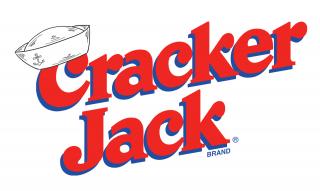 The June Proceedings does not have a specific theme each year—unlike, for example, August (Coast Guard) or November (Marine Corps). But this issue has been dubbed “The Cracker Jack” issue by members of my staff, because “there’s a prize in every box”—or, in this case, every article. Naval Institute essay contests provide us an enormous amount of exceptional content. And essay contest participants tend to be young, active-duty professionals. This issue contains seven prize-winning articles, starting with the three General Prize Essay Contest winners.

First Lieutenant David Alman, Alabama Air National Guard, took first prize with “Don’t Buy Warships (yet).” Second prize went to Lieutenant Commander Brian Hayes, U.S. Navy Reserve (Retired), for his “The Myth Of Counterinsurgency.” And retired Navy Captain Sam Tangredi’s “Keep War Confined To The ‘Seas’” won third prize. These are outstanding essays in keeping with the tradition of our oldest and most prestigious contest. Special thanks again to Andrew and Barbara Taylor for their generous support, which makes this contest possible.

Commander Victor Duenow, U.S. Navy, won this year’s Mine Warfare Essay Contest (sponsored by the Mine Warfare Association) with “Disputing Chinese Sea Control Through Offensive Sea Mining.” The U.S. Navy emphasizes large, sexy platforms—such as nuclear-powered submarines and aircraft carriers—while often overlooking the power of naval mines. The shipbuilding competition with China is not going well, so investments in sea-denial capabilities, including mines, must be made. In a similar vein, Midshipman First Class Robert Hatfield III, U.S. Navy, won this year’s Midshipmen and Cadets Essay Contest with “Commerce Warfare Capabilities as an Act Of Deterrence,” explaining how going after China’s merchant fleet may be a better strategy than attacking its navy. The second- and third-prize winners will be published online soon.

For about five years now, we have worked with the Marine Corps’ Expeditionary Warfare School (EWS) to sponsor an essay contest for officers going through the rigorous EWS course. Every year, the entire batch of essays is notable for its ideas and writing quality. The 2022 winner is Major Takashi Morimoto of the Japan Ground Self-Defense Force. His essay will be published in an upcoming issue. Another exceptional essay from EWS was Marine Corps Captain Aaron Barlow’s “Maneuvering Around Warfighting," which adds to the ongoing and important discussion about Force Design 2030.

In 1986,1 was a first-class midshipman when the original Hollywood blockbuster Top Gun hit movie theaters. Hard to believe, 36 years later, that Tom Cruise stars in the sequel, Top Gun: Maverick, in theaters now. Our Asked & Answered column this month asked readers about the best and worst moments in the original movie. The answers are almost as good as the film. My favorite scene remains the opening minutes of flight operations on a carrier: thundering jet engines, catapults, arresting gear, and the aircrew and flight-deck crew who make it all possible. To me, the most cringe-worthy moment was the inverted, canopy-to-canopy finger gesture—which was just over the top. I look forward to seeing Maverick in the theater soon and hope it excites another generation of young Americans to serve in the U.S. Navy.

By Bill Hamblet
Against the backdrop of the ongoing war in Ukraine, this month is our annual focus on international navies
P Editor's Page

This issue is full of thought-provoking and innovative articles that speak to the comprehensive capabilities needed to deter or defeat a peer aggressor.
P Editor's Page

The Naval Review: Recapping 2021 for the Sea Services

This year is we've swapped the International Navies and the Naval Review issues, providing less “blow-by-blow” and more analysis of what 2021 meant.