Skip to main content
Kenneth Braithwaite has been confirmed as the next Secretary of the Navy. In his own testimony, he diagnosed the Navy as suffering from 'failings of leadership.'
U.S. Navy (Cameron M. Stoner)

The Man Who Will Be the Next Secretary of the Navy Made a Stunning Admission
By Harlan K. Ullman
Proceedings
Vol. 146/5/1,407
Firing on the Up Roll
View Issue
Comments

At his Senate confirmation hearing to become the 77th Secretary of the Navy, retired Rear Admiral and Ambassador to Norway Kenneth Braithwaite would have made John McCain proud with some “straight talk.” The Ambassador was blunt: “It saddens me to say: the Department of the Navy is in troubled waters due to many factors, primarily the failings of leadership.”1

Ambassador Braithwaite then expressed his concerns with naval culture, promising to restore “good order and discipline,” and follow the watchwords of “honor, courage and commitment.” His testimony received praise from the Senate panel..

Now that he’s been confirmed, will Secretary Braithwaite follow up on his devastating commentary and lead as the single person responsible for the Department of the Navy? Or will he delegate too much responsibility instead of taking charge?

When he enters his office in the Pentagon E-Ring, the new Secretary will not find an assessment of the health and ability of the Navy today to carry out its tasks or a briefing that defines exactly who and what are responsible for the failure of leadership. Nor will he discover a switch labeled “culture” that he can flip to the “on” position. While “honor, courage and commitment” are admirable words, how does each apply to fixing what may be wrong in the Navy? Given his stark assessment, the new secretary probably will receive a chilly welcome. Should President Trump not be re-elected, Braithwaite may only have months to try to put the Navy back on course.

“The failings of leadership,” as Mr. Braithwaite stated, are a stunning condemnation. But is this failure a result of the civilian or uniformed hierarchy, or a combination of both? What is his plan for correcting it? That Braithwaite will be the fourth secretary (or acting secretary) of the Navy in just over three years is not coincidental to the leadership problems.

If the failure in leadership rests with the civilian side, what about the current senior civilian appointees in the department, some of whom have been in office for much of this administration? What responsibility rests with these officials?

If leadership failures are on the military side, does Braithwaite count the current Chief of Naval Operations, the chain of command to include the Vice Chief, the Fleet and numbered Fleet Commanders and senior flag officers who had sufficient time in their assignments to be held accountable?

Or are other factors responsible for failures such as: the zero-defect mentality; an unrealistic “can-do” culture regardless of cost; the lack of combat experience in a major war at sea; a system of career progression that may be outdated; a lack of skepticism and rigor in challenging basic assumptions; and a preference for Power Point briefings and slogans that become surrogates for strategy and action? If so, how can these problems be rectified?

As most people have an annual physical, so must the Navy. An examination of the health of the Navy regarding how it is organized, trained, educated, and equipped to conduct its missions at sea and on shore is needed now. And only an independent, outside panel can conduct this assessment if the new Navy Secretary’s “straight talk” is on the mark.

This is what former Navy Secretary Richard Spencer concluded in commissioning his outside 2017 Cyber Review (that declared China’s capability an “existential threat” to naval forces) and the 2018 Strategic Readiness Review following the ship collisions (that found expediency had taken precedence over professional judgment).

Such an assessment should be completed within 30 days of Secretary Braithwaite taking office. The thrust of the assessment must focus on how well or badly naval leaders, culture, and the chain of command are affecting the Navy’s ability to conduct its missions.

Attention will initially center on the current investigation of the handling of the COVID-19 outbreak on board the USS Theodore Roosevelt (CVN-71) and the relief of its captain. But those findings will not uncover the factors and causes of the wider leadership problems nor chart a course to smoother waters, as Secretary Braithwaite has committed to doing. Only a serious, independent, and objective assessment of the Navy’s overall condition will. One hopes the new secretary will embrace this idea, choosing to lead and not just reign. 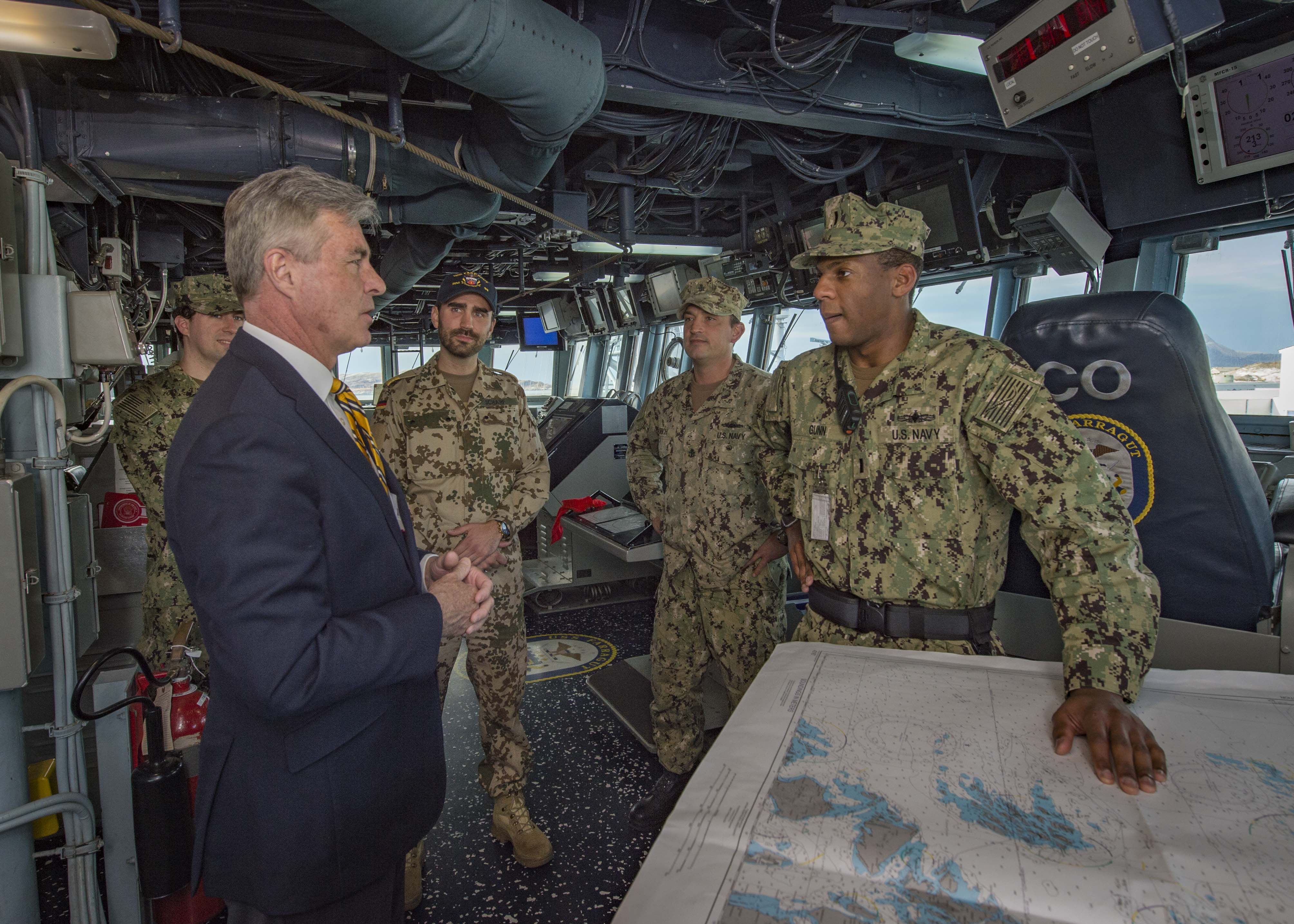 Kenneth Braithwaite has been confirmed as the next Secretary of the Navy. In his own testimony, he diagnosed the Navy as suffering from 'failings of leadership.'
U.S. Navy (Cameron M. Stoner)

Dr. Harlan Ullman is Senior Advisor at the Atlantic Council. He was a Distinguished Senior Fellow and Visiting Professor at the U.S. Naval War College. His most recent book is Anatomy of Failure—-Why America Loses Every War It Starts (Naval Institute Press, 2017). He is reachable at @harlankullman on Twitter.