While we are the U.S. Naval Institute, we have long welcomed international members, and we consider them key to our success and impact. Approximately 5 percent of our members are non-U.S. citizens, 20 percent of our online readers reside outside the United States, and a growing number of contributors are international authors. Our mission (Provide an independent forum . . . to advance the professional, literary, and scientific understanding of sea power and other issues critical to global security) spans the globe. Threats to maritime security also span the globe, and the ways and means to confront those threats come from every nation dedicated to protecting free seas. If you are an international member of the Naval Institute, thank you! Please keep your membership current. Log in to your account at www.usni.org, go to your account page, and refresh your membership. If you know someone in your country who would benefit from being a Naval Institute member, please point them to our site. For the month of March, we are offering a $10 discount on digital membership for new international members. Go to www.usni.org/join and use the code “INTL10” at checkout.

New from the Naval Institute Press 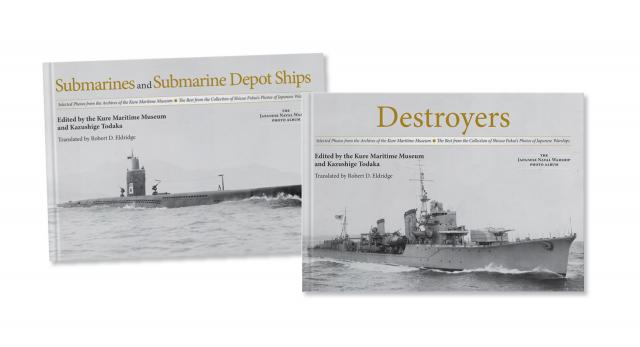 The Naval Institute Press is publishing the much sought-after six volumes of the Kure Maritime Museum’s The Japanese Naval Warship Photo Album series. Originally published in Japan in 2005, each album contains photographs officially taken by the museum, as well as those taken by private individuals. Destroyers and Submarines and Submarine Depot Ships, the next two volumes in the series, are available this month. Find them on our website at: www.usni.org/press/books/destroyers and www.usni.org/press/books/submarines-and-submarine-depot-ships.

The Hunt for Red October—Blockbuster of March 1990

Thirty years ago this month, the blockbuster movie The Hunt for Red October hit the theaters. Based on Tom Clancy’s 1984 novel of the same name—first published by the Naval Institute Press—the movie brought the excitement, danger, and intrigue of the Navy’s submarine force—“The Silent Service”—to a global audience. My former boss, Admiral Tom Fargo, served as the inspiration for the character of Commander Bart Mancuso, commanding officer of the USS Dallas (SSN-700). Actor Scott Glenn spent several days on board Fargo’s boat, the USS Salt Lake City (SSN-716), preparing for the role. “The hard thing about playing chicken is knowing when to flinch.”

Red October Remembered at Cold War Sub Seminarthe Submarine History Seminar at the U.S. Navy Memorial on 31 October were treated to a discussion on a top-secret 1972 U.S. operation ...
NH Pieces of the Past

By Eric Mills
This March marks the 30th anniversary of a Hollywood blockbuster movie premiere near and dear to the U.S. Naval Institute’s heart.
P CEO Notes

By Vice Admiral Peter H. Daly, U.S. Navy (Retired), CEO and Publisher
For the past three years, we have put a growing emphasis on reaching and engaging a bigger international audience, and that emphasis has paid off.