The Navy needs to find efficiencies. Heard that before? I have—in 1990 and again in 2010. In both cases, the Navy found them in the manpower account. What was the result? Disaster.

In Greek mythology, the Sirens were dangerous creatures who lured nearby sailors with enchanting music and singing voices to wreck their ships on the rocky coast. In similar fashion, Navy leaders may once again be hearing the seductive call of the manpower Sirens in the halls of the Pentagon as a beautiful chorus: “Cut people, save money—all will be well.” Meanwhile, down at the waterfront, the sound is more: “More work, less time, more stress.”

In a recent announcement about a much-anticipated force structure assessment, Acting Secretary of the Navy Thomas B. Modly implicitly acknowledged that the manpower Sirens are calling again when he said: “The cost of retaining crew members and providing services for the crew member families is part of why per-ship operating expenses are increasing. The cost of caring for families is increasing, it’s hard to buck that trend. . . . One solution is reducing the number of people on ships. . . . The result can be more lightly manned ships, but with more highly trained crews.” While his comments were part of a longer discussion, it brought back memories worth keeping in mind as the Navy looks to find $40 Billion over the next five years in what could be a drastic force-structure reshaping.

The words above almost exactly echo the doctrine of “optimal manning” when in the 1990s, Navy leaders changed the math in the manning equations—without research to back up their decisions—adding hours to the expected work week and cutting many senior enlisted positions by downgrading the billet pay grades, essentially eliminating a generation of seagoing experience. As icing on the cake, they also created “Perform to Serve,” a force-shaping tool that pushed experienced sailors good at what they did into new fields where they floundered and booted others out of the Navy through the Enlisted Retention Board. The result was the “hollow force” described in the 2010 Balisle Report, which reached the conclusion that “In looking for efficiencies, we sacrificed effectiveness.”

It took a decade, but recently the Navy has been making headway in returning to being a more lethal force, buying back billets based on research and (after another pointed self-assessment, the 2017 Comprehensive Review) the science of crew endurance and fatigue management. For example, as the decade progressed, both the littoral combat ships and the Zumwalt-class destroyers, originally designed for “minimal manning,” saw their crew sizes increase by more than 50 percent after a series of human-factors related issues and studies. But each also requires huge shore-based support infrastructures that practically cancel out what manpower savings remained.

The savings from optimal manning across the force, according to the GAO, was more than eaten up by increases in maintenance deferred or contracted out instead of being done by the sailors who were no longer onboard the ships (see Figure 1)—not to mention the cost in retention, training, leadership, and lives—both in Class A mishaps and destructive personal behavior. As the Balisle Report correctly noted, “the cost of such decisions is very slow to materialize and may not be visible for a decade.” 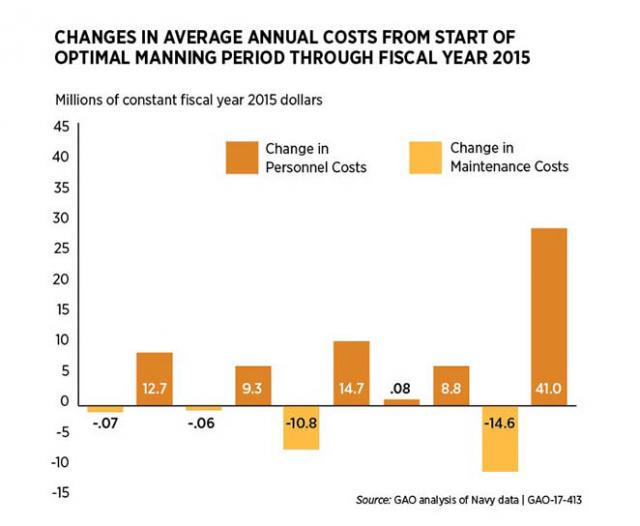 Figure 1. Savings from Optimal Manning were more than negated by added cost of maintenance over the ensuing five years (source: GAO)

In recent testimony before Congress, Vice Admiral Richard Brown gave a refreshingly frank assessment of the surface force he commands when he said it has achieved only a “C+ to B-“ in manning and manpower initiatives recommended by the Comprehensive Review. But then he gave a glimpse (perhaps) of things to come when he quoted a “study” that showed that for a ship in the basic phase, 88-percent Fit (the metric that measures qualified sailors against billet requirements) is “about right.” Although well-intentioned (it appears the rationale is to reduce the need to cross-deck sailors to deploying ships, a worthy goal), this could be a slippery slope back to the days of optimal manning, where the question to commanding officers shifted from “What do you need to be successful?” to “What is the absolute minimum to get by?”

For the past 50 years, the Navy has not “bought” the billets necessary to meet the manpower requirements determined by the Bureau of Naval Personnel and documented in ship/squadron/activity manning documents. Within this reduction from the overall manpower requirement was a further reduction in the percentage of the “Top 6” (the most senior enlisted ratings) authorized. So, not only were fewer billets bought, but senior billets were reduced more drastically as well. An experience deficit was thus built into the enlisted manning structure from the start. This is further exacerbated by a Navy recruiting, retention, detailing, and training process that results in fewer sailors of the right rates/ratings in the right billets on board ships than are authorized. Recent initiatives in retention and advancement seem to be making headway to reverse this trend, but real change takes time, and the recent advances are fragile.

I spoke recently with a mentor, former commander of U.S. Fleet Forces Command and Chief of Naval Personnel, Admiral John C. Harvey Jr. He agreed made a critical point when looking at the issue through the lens of future capabilities:

In my thinking, though, there has been an additional, and very significant, factor that has been previously unaccounted for in the manning risk equation and that is the increasing complexity of our ships and aircraft. These platforms and their associated combat, propulsion, and ship/aircraft control systems are extremely unforgiving of inadequate training and maintenance skills. What I could “get away” with on the people side and still be mission-ready when commanding David R Ray (DD-971) in 1992 was a great deal different than when I commanded Cape St. George (CG-71) in 1998.

We also discussed that the level of complexity associated with all ships and aircraft has only continued to increase, while the Navy simultaneously continues to take risk in manning ships and squadrons to the correct number and experience levels of sailors required, as determined by the Bureau. The Navy is faced with some very difficult choices ahead regarding the required fleet composition to meet the demands of the 2018 National Defense Strategy. Increasingly costly ships and aircraft, while also building and deploying the Columbia-class ballistic missile submarines, will only increase the pressure to reduce overall manpower costs. 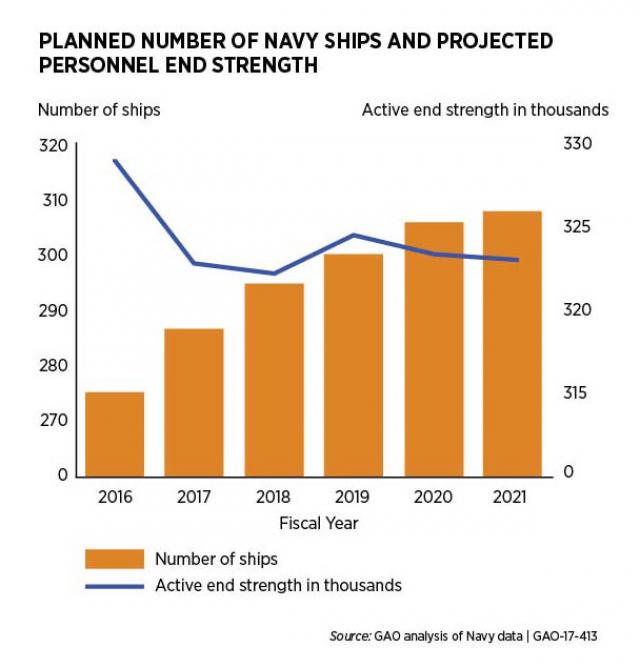 Figure 2. Trend of manpower end strength versus number of ships (does not account for new goal of 355 ships) Source: GAO

Admiral Harvey’s comments are very salient and should serve as a clarion for today’s leaders. He summed up by adding:

I think it’s important to take a new look at the level of risk the Navy has been more than willing to accept in the past by not funding the known manpower requirement. The costs associated with not properly accounting for the inevitable manpower “friction” and significantly increased overall systems complexity appear to me to have risen exponentially—it’s a new ball game and it looks like we're playing by an outdated set of rules, assumptions and expectations. These higher costs translate directly to higher operational risks in the Fleet at every point in the deployment cycle—be it the maintenance, training or operational phase. It looks like it's well-past time to rethink the programming rules in OPNAV; intentionally undermanning the Fleet is no longer an acceptable approach to fixing Navy's enduring budget problems. The price has become too high.

As a former helicopter pilot and Naval Academy graduate, Acting Secretary Modly is well aware of these issues. And just as Odysseus lashed himself to the mast to prevent being drawn in by the music, Modly and other Navy leaders must reach back and learn from the lessons of history to avoid “harvesting” the low-hanging fruit of short-term savings in manpower and training when it can least afford to backslide in these areas.

There may be places to save money across the Navy to reduce the top line. Three hundred fifty-five ships is perhaps a worthy goal (or maybe not), but without the sailors to man them, they will be useless. To turn an old saying on its head, “Quality has a quantity all its own.” Rather than immediately turning to manpower as the bill payer, the Navy should start by putting all options on the table. For example, one way to reduce manpower cost is to get rid of some older ships that are far past their expected service lives and move (not eliminate!) those ships’ billets to the rest of the fleet, while building ships with (within reason) smaller crews and more automation. Maybe look harder at some missions and/or staff functions. A balance of platforms vs. capabilities is always the challenge, but they need not be mutually exclusive. Fixating on a number at the expense of quality or capability (in people or ships) can lead to irreversible damage.

Perhaps I am wrong and overreacting – if so, all the better. But the call of the manpower Sirens has always proved hard to resist. Every generation or so, the Navy loses sight of the fact that “It Is All about the Sailors” and succumbs to their song. The leaders making the “efficiency” decisions today will be long retired when the effects are fully felt—for many of them, on the shoulders of their own children.

“We have to do a lot of soul searching,” Modly said.