It’s the final month of a very long year, but Proceedings and the Naval Institute have a lot to celebrate going into the holidays. To begin with, despite the headwinds of COVID-19, we are finishing strong. Print advertising across the publishing industry was hit hard by the pandemic, but demand for online advertising has grown. In terms of mission accomplishment, we received record numbers of article and essay submissions this year; we published more Proceedings and Naval History content than ever before; and our online page views grew by 40 percent, thanks to you. 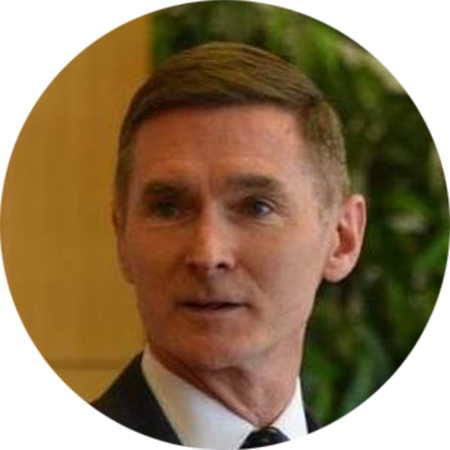 Captain Bill Hamblet, U.S. Navy (Retired), is the Director of Periodicals and Editor-in-Chief of Proceedings. Published continuously since 1874, Proceedings is the flagship publication of the U. S. Naval Institute.

A retired Navy captain with nearly 30 years of service as an intelligence officer, Bill graduated from the U.S. Naval Academy with a major in political science in 1987. He earned a Master's Degree in national resource strategy from the Eisenhower School at the National Defense University in 2013. He served as the intelligence officer with an FA-18 squadron, a Navy SEAL Team, a Carrier Air Wing, and a Carrier Strike Group. His shore tours included the Office of Naval Intelligence, the Joint Staff (J-2) in the Pentagon from 1999–2002, Naval Attache to Russia from 2004-2006, head of the China Division at the Joint Intelligence Operations Center in the Pacific, and deputy division chief for Middle East strategy at the National Counterterrorism Center from 2013–2016. Bill was in the Pentagon on 9/11/2001 and helped lead the initial intelligence response team in the immediate aftermath of the terrorist attacks.

Bill started writing for Proceedings as a lieutenant on active duty. He served on the Naval Institute Board of Control and Editorial Board from 1993–1997. He continued to write throughout his career.

By Bill Hamblet
Is it September Already? Time for Naval Aviation and the Tailhook Convention.
P Editor's Page

By Bill Hamblet
The annual focus on the submarine force comes every October. As you read about competition at sea, it is clear no one doubts the value of submarines.
P Editor's Page

This month’s Proceedings is full of great ideas from Marines, and the winners of the Naval Institute’s Marine Corps Essay Contest.