Skip to main content
Courtesy They Shall Not Grow Old

The Movie Every Marine Should See

They Shall Not Grow Old is a marvel of filmmaking every Marine should see, to learn what “they,” the British ghosts of the Great War, have to teach us.
By Damien O’Connell
Proceedings
Vol. 145/11/1,401
Special
View Issue
Comments

Commissioned by the United Kingdom’s Imperial War Museum and other organizations to mark the centenary of the Great War, the film follows the average British soldier on the Western Front from the outbreak of war in 1914 to the Armistice in 1918. In place of a script read by actors or historians, Jackson uses audio clips from oral history interviews with veterans, allowing them to narrate the war. The clips—at turns terrifying, humorous, and profound—provide an organic and authentic voice to the film’s centerpiece: its stunning, restored, and (in many cases) never-before-seen 100-year-old war footage.

There are at least four reasons why Marines should see They Shall Not Grow Old:

First, it is a master class on the nature of war. Fog, friction, luck, chance—each is depicted in arresting detail. So, too, is the human dimension. In one unforgettable scene, viewers stand among British soldiers on a sunken road during the Battle of the Somme. The men from the Lancashire Fusiliers of the 29th Division are waiting on word to attack German defenses. Some faces betray sheer terror. Others look at the camera nonchalantly, seemingly more taken with the novelty of being filmed (a first for most) than the dangers of “going over the top.” For most of these men, these are the last minutes of their lives. Any sense of youthful immortality is about to collide headfirst with machine-gun fire, artillery, and barbed wire.

The film also shows the lighter side of war, with scenes of soldiers joking around and causing mischief. We watch them sing and laugh and break bread together. We see that they fundamentally are no different from us. Indeed, looking at the faces of British lance corporals from 1916, one cannot help but see the Marines of 2019 staring back. 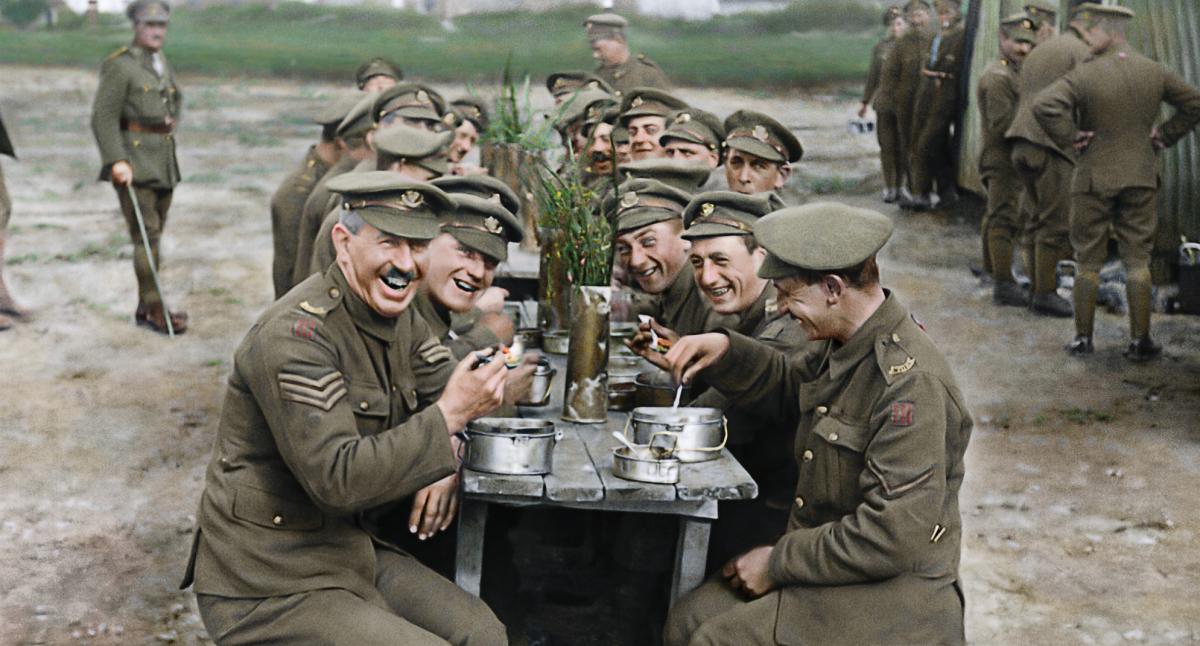 Second, it is a ghastly and sobering reminder of what “peer-on-peer” war looks like. In one scene, a soldier in the assault describes having to walk over the bodies of his dead comrades, all cut down in a previous wave. The British Army repeatedly saw horrific losses on the Western Front. On the first day of the Somme alone, it suffered nearly 60,000 casualties, with some 29,000 killed.

Sixty thousand is 32 percent of today’s active-duty Marine Corps. Granted, this was the worst day in British military history, but even highly successful campaigns such as the 1918 Hundred Days Offensive—which the British fought with the aid of combined arms, close air support, and wireless communication—cost roughly 3,400 men per day. In terms of modern Marine infantry battalions, that is nearly three-and-a-half battalions per day, or the entire complement of active-duty infantry battalions in a week. This leads one to ponder: In a high-end, large-scale, conventional fight against China, Russia, or some other near-peer, could the Marine Corps—could the United States—stomach such losses? Are we ready for mass casualties?

Third, it reminds us that the military legacy of the Great War is alive and well. For example, large-scale trench warfare has been a feature of the recent wars in Iraq, Syria, Ukraine, and elsewhere. In a twist of irony, British troops currently are training Ukrainian forces in trench warfare. Even U.S. soldiers are doing their own training for the trenches in Poland. Perhaps Faulkner was right when he wrote, “The past is never dead. It’s not even past.”

Fourth, They Shall Not Grow Old provides an opportunity for unit professional military education. Units could prepare to view the film by reading relevant articles or books, listening to podcasts (such as Dan Carlin’s excellent Blueprint for Armageddon series), or doing World War I–themed decision games. After the film, unit leaders could facilitate discussions on topics such as attrition warfare or combat psychology and conduct follow-on decision games.

The professional benefits of seeing They Shall Not Grow Old aside, one cannot comment on the film without mentioning its stunning production. Jackson and his team combined modern technology, historical research, creativity, and guesswork to create something unparalleled. They tackled technical problems such as varying frame speed rates and colorizing to help us see the war as the soldiers did—in full color. Jackson said the restoration process made the soldiers’ “faces come alive,” and they do. The footage, especially when seen in 3D, is something to behold. It often leaves viewers feeling as if they were there among the soldiers.

In one scene, the camera captures a mounted column that comes under artillery fire and takes casualties. In the next tense moments, while helplessly watching men and horses suffer, viewers easily can forget they are in a movie theater. 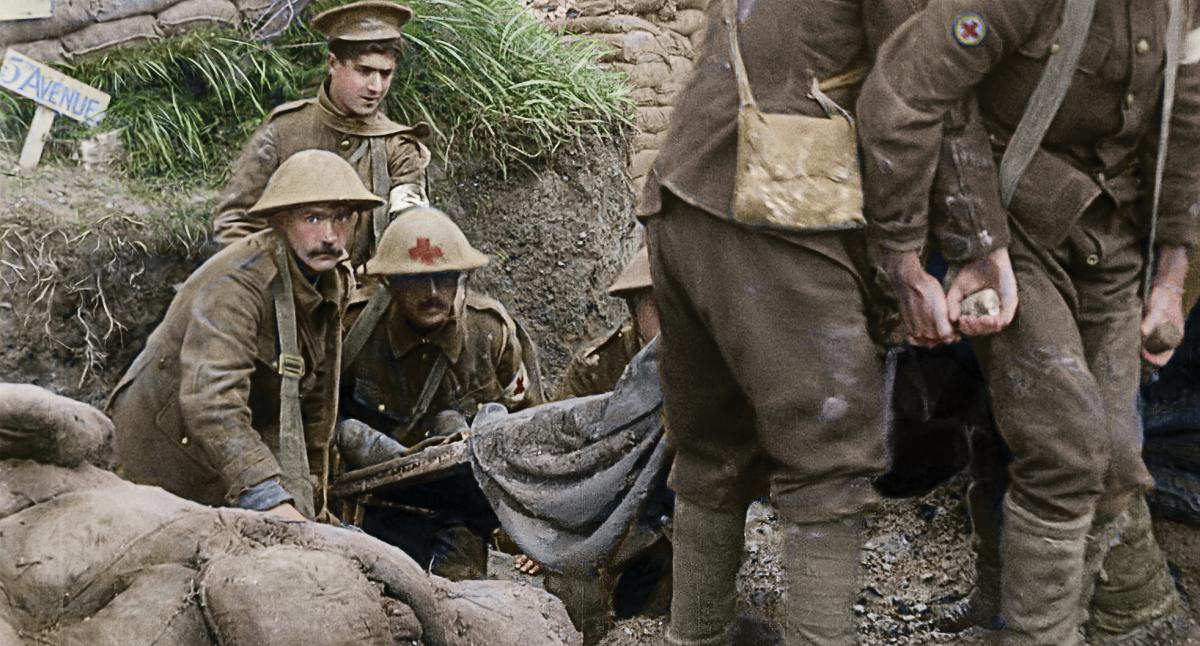 To the film’s footage, which originally was shot without sound, Jackson added historically conscious, custom-tailored sound effects where appropriate. This includes recordings of modern-day artillery fire, courtesy of the Royal Regiment of New Zealand Artillery, whose guns (and the whines of their shells) sound remarkably similar to what British soldiers would have heard. Jackson also added dialogue in places, a remarkable achievement. To do this, he used regionally accurate voice actors, whose lines were created by professional lip readers carefully reviewing the footage.

In sum, They Shall Not Grow Old is a masterful achievement, a marvel of filmmaking that brings to life the “war to end all wars.” It is a film every Marine should see, to learn what “they,” the British ghosts of the Great War, have to teach us.

Mr. O’Connell is a teacher of decision games, military historian, and consultant who works frequently with the Marine Corps.