The Navy is developing two new combatant ship classes. According to Vice Admiral Richard A. Brown, commander of Naval Surface Forces, and Rear Admiral Ronald A. Boxall, director, Surface Warfare, Office of the Chief of Naval Operations, the first of these—and the nearest to production—is the future frigate, or FFG(X). This ship, next in the series known as small surface combatants (SSCs), will serve as the follow-on for the littoral combat ship (LCS). Moving away from problematic LCSs to FFG(X) will yield the Navy more small ships with improved capability. The aim is to award a contract for the first FFG(X) in the FY 2020 budget.

The second ship type is the large surface combatant (LSC). The first ship class to be developed under the LSC type will augment and follow both the Arleigh Burke–class guided-missile destroyers (DDGs) and the Ticonderoga-class guided-missile cruisers (CGs). While the exact nature of this new class of LSC ship remains uncertain, current discussion suggests it will feature a common integrated combat system inside a new, larger hull. The target for funding the LSC is hoped to be 2023–24.

In the view of retired Vice Admiral Phillip M. Balisle, former commander, Naval Sea Systems Command (NavSea), the opening argument for any future shipbuilding program must be a recognition that “margin” and “power” will rank far above any other considerations. Strictly speaking, “margin” refers to excess capacity reserved for uncertainty during hull design and production; what Vice Admiral Balisle refers to is more formally called “service life allowance” (SLA). SLA is extra capacity: excess space, power, and cooling to facilitate new equipment in the future. The Spruance class, for example, was built with significant excess space. Over time, this allowed the addition of Tomahawk cruise missiles and accommodation for larger helicopters, to name just two post construction additions. This flexibility eventually led to the selection of the Spruance hull for the Ticonderoga-class cruisers.

A significant SLA is an absolute necessity, because the new combatants are expected to have at least a 40-year service life each, and the lifespan of an entire class could cover 75 years. It is impossible to know today what technologies will be available in future decades or what footprints they will require.

Of equal importance is power. No modern Navy ship class has had its engineering plant changed out for a different or novel type midway through its service life. It would be easier and less expensive to simply build a new ship—the hull and the engineering plant are virtually inseparable. Consequently, on day one, these plants must be able to provide all power necessary to drive the ship and operate its systems well into the future.

The question of electrical power for systems is of profound importance, in particular, as it is plain that future weapon systems—for example, directed-energy weapons and railguns—will require amounts of electrical power that most of today’s ships simply cannot generate. Further, high-energy sensors, communications, and cooling and other support systems will require power in amounts that can only be guessed at today.

Having said that, it is important to understand that while both weapon and “other-than-weapon” systems will demand significant electrical power, they place different demands on the ship’s grid. Sensors and support systems tend to be energized at a relatively steady state for prolonged periods. New weapon systems, on the other hand, will require periodic, massive pulsing. Hence, a ship’s power plant must be able to support dramatic increase in both sustained and “pulsed” demand.

To manage the pulsed requirement, new technologies are being developed. For example, directed-energy weapons and railguns will require sophisticated energy storage modules (ESMs). These will allow for electricity to be built up and held for on-demand use, while protecting both the generating system and other ship loads from unexpected and problematic possible interruptions.

How much power will be required in these new ships is a topic of intense discussion in technical circles. No surface combatant is capable of producing more electrical power—energy that can be freely switched between propulsion and ship-service loads—than the Zumwalt class. Yet, despite the sophistication of the Zumwalt plant, its generating capacity of 80 megawatts (MW) is still well below the current estimates for the LSC, which are thought to range upward of 180 MW.

This is not to say the Zumwalt class is entirely without the electrical capacity necessary to support at least rudimentary, pulsed, high-power weapon systems, such as a railgun. But the class lacks two things to enable more sophisticated systems: the thermal system capacity necessary to cool future high-power weapons and sensors and sufficiently capable ESMs. In the vernacular of NavSea’s Electric Ships Office, known as PMS 320, the Zumwalt has an “integrated power system” (IPS). LSC, on the other hand, will require what is termed an “integrated power and energy system” (IPES). Prospective ESMs—sophisticated and sometimes exotic batteries, in essence—distinguish an IPES from an IPS and allow a ship to provide much more power than the combined rating of the generators for short periods, while buffering the generator sets from the negative effects of pulsing.

Fast Frigates, But Not More Powerful

Originally, the Navy planned to fill the entire requirement for small surface combatants with the LCS class. Unfortunately, for a variety of reasons, the LCS build plan was curtailed—to 33 hulls instead of 52—and the Navy is attempting to rush the FFG(X) into production, building at least 20 to get back to the planned SSC number, while avoiding costly and risky work-stoppages in the shipbuilding industry.

The goal is to begin building FFG(X) so LCS production can cease. Because a program requirement is that FFG(X) be based on a proven design, it is expected to be more capable and survivable than an LCS. But this also means it will not include an all-electric engineering plant, either IPS or IPES. Still, the Navy is aiming for a modest increase in physical space in the new ship, though this will have to be achieved mainly by substitution rather than changes in hull forms. For example, Austal USA has proposed a frigate based on the Independence-class LCS, but the builder has proposed removing the water-jet propulsion element. This will reduce speed but open space inside that could be used for a lighter version of the surface electronic warfare improvement program or a first-generation laser. But the extra space won’t result in any increase in total SLA.

So, while some current ship classes, certainly including the Zumwalts and potentially FFG(X), will have the capability to employ first-generation, directed-energy weapons—much work is now under way to develop the pulsed-energy systems—it also is plain that technology will quickly outstrip these ships’ ability to host the next-generation weapons required to engage, for example, hypersonic threats.

All these changes—developing a hull with greater SLA, a plant with more electrical production capacity, more robust cooling systems, and next-level ESMs—are necessary but not sufficient. Designers also will have to shift from the use of alternating current (AC) to direct current (DC) electrical power in ships. In fact, this change is the long pole in the LSC tent.

Medium-voltage direct current (MVDC) plants can produce more power, in less space, with less required buffering and storage than the MVAC plants that all ships use at present. (The details of the difference between AC and DC are not crucial for this discussion; suffice it to say that the direction of the flow of electric current reverses periodically when generating alternating current, while it always flows in the same direction with DC.) The problem is, stability among multiple generators in an AC system suffers when the plant is subjected to pulses. In DC plants, on the other hand, generators operate independent of one another. Moreover, with respect to high-energy weapons, AC plants require significantly more buffering and storage than do DC systems.

MVDC systems are more fuel efficient at any given power level, as the speed of the prime mover—the engine that turns the generating device—can be chosen to minimize fuel consumption. The ability to optimize prime mover speed for a given power load is helping drive the commercial marine market toward direct current. For these same reasons, the Navy must and will move from AC to DC.

Unfortunately, under current planning, no shipboard MVDC system will be ready for use on a warship by 2023. More on that below.

Power generation is only half the battle. The distribution system must be conceptualized, designed, and tested, too. To accommodate future systems, the engineering plant must be able to automatically, instantaneously, and intelligently route power throughout the ship in amounts difficult to envision, without operator intervention.

The switch to direct current plants will require the integration of many new technologies, each carrying a substantial amount of risk. These new components include, but are not limited to, the following:

NavSea’s 2015 Naval Power and Energy Systems Technology Development Roadmap lays out midterm activities, nominally from 2026 to 2035, which culminate in a test event at a land-based test site to demonstrate the MVDC distribution system. If the Navy truly desires to award a contract for detailed design development of the LSC in the 2023–24 timeframe, there is a risk that the enabling technologies for MVDC will not be fully developed, tested, and integrated in time for production of the ship. This probably will mean that the first baseline LSC ship will have to include a “bulked up” Zumwalt/MVAC plant, despite the fact that the plant will be too inefficient, too expensive, and too large.

The tension between beginning the LSC in 2024 and getting the right engineering plant from the start is significant. While it could be desirable to start production of Baseline 1 with a suboptimized plant, this would mean that a significant element of the overall class would be less than desired, in a platform that is supposed to carry the Navy to the cusp of the next century. The Navy is presented with a choice: Throw money at the problem now, or delay the advent of the LSC. The answer may be to do both. 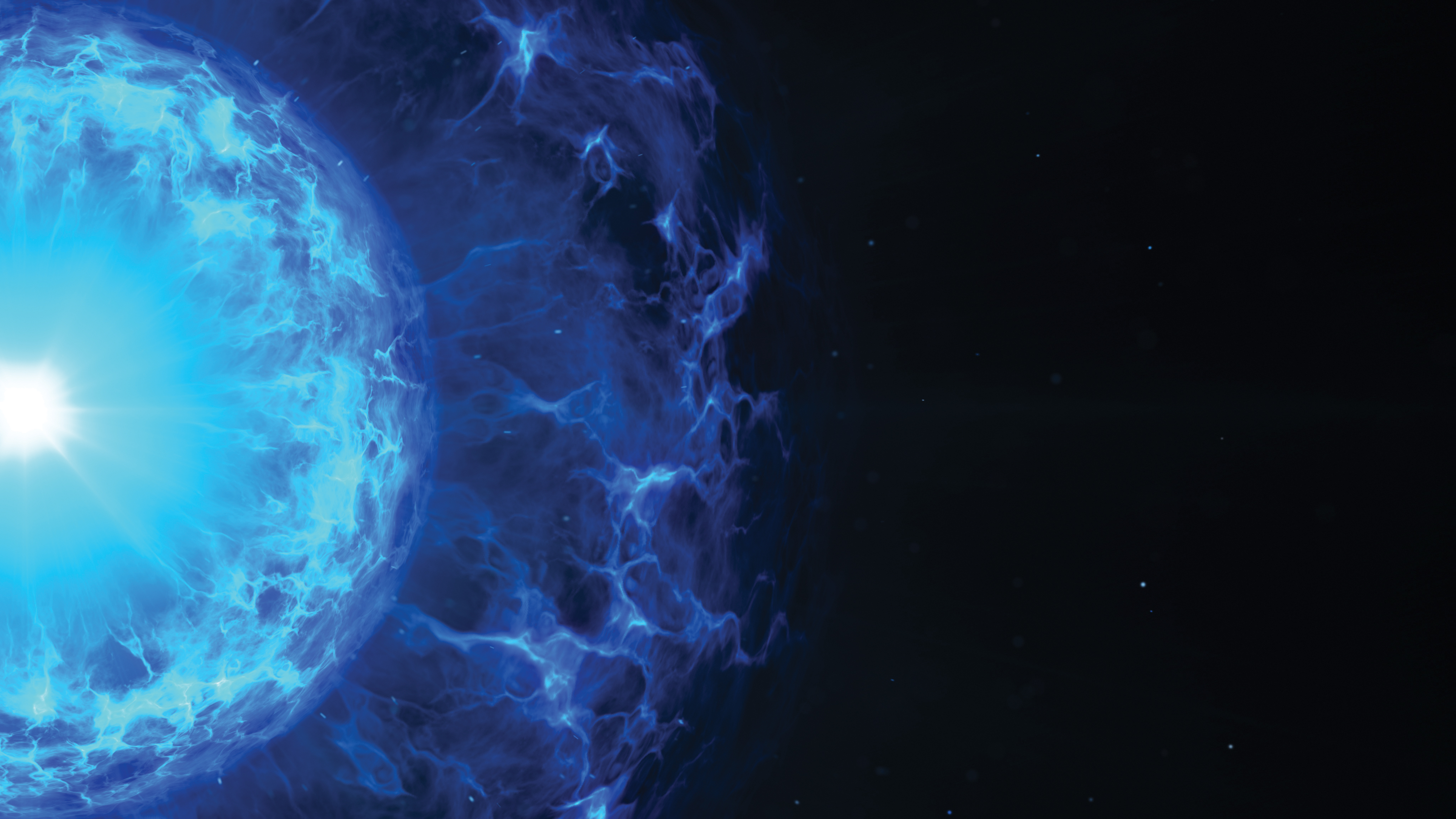 Ms. Stebbins served on an Arleigh Burke–class destroyer and an amphibious aircraft carrier. For the past several years, she has worked on the development and integration of shipboard power systems.