Use Carriers Differently in a High-End Fight 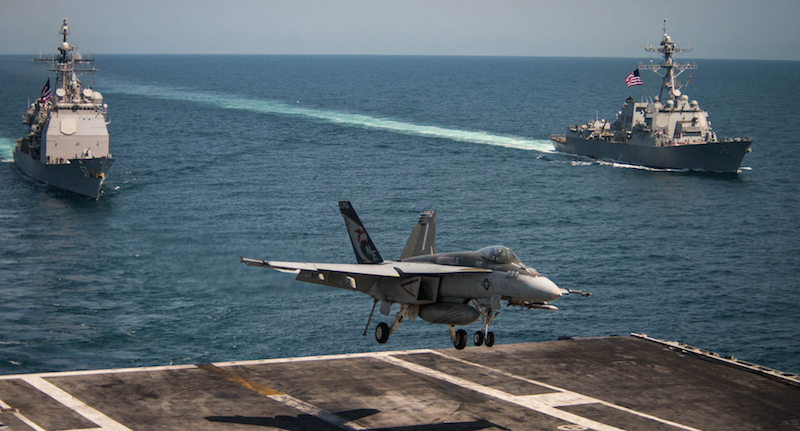 The April 2018 coalition missile strike on Syrian chemical weapons targets is an indicator of a sea change that has been taking place in the U.S. Navy for decades—the substitution of missiles for manned tactical aircraft in strike warfare. Introduced during the first Gulf War, the use of Tomahawk missiles for missions too dangerous or politically sensitive for manned aircraft has become routine.