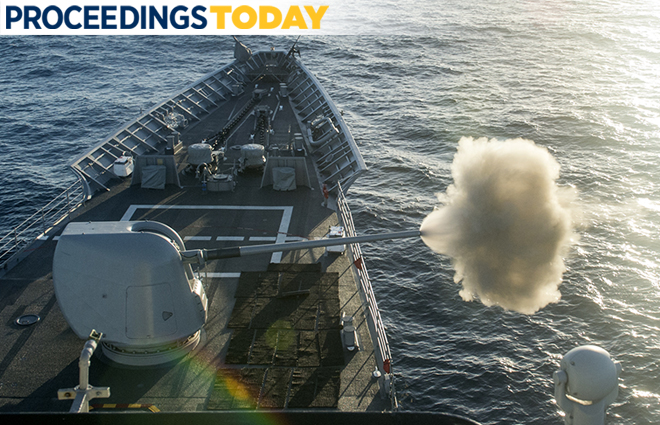 The naval gun is a compact, easily supported, proven weapon. Just as war on land will always require rifles and boots on the ground, war in the littorals will always require heavily armed ships in the area of conflict inflicting violence on the enemy on land and at sea. The most cost-effective and reliable way to arm ships is the gun.

Julian Corbett wrote in his 1911 book, Some Principles of Maritime Strategy, that sea power is nothing if it cannot bring about desired changes and effects ashore, because it is only when an enemy is affected on land that a nation can achieve the political ends it desires. The ability to project force ashore is crucial. From War of 1812 gunboats, to Civil War ironclads, to World War II patrol boats, to the Vietnam war riverine units, to today’s patrol coastal ships, the U.S. Navy has a long history of using guns to fight and win in the littorals.