To Innovate, Doctrine Is More Important than Technology 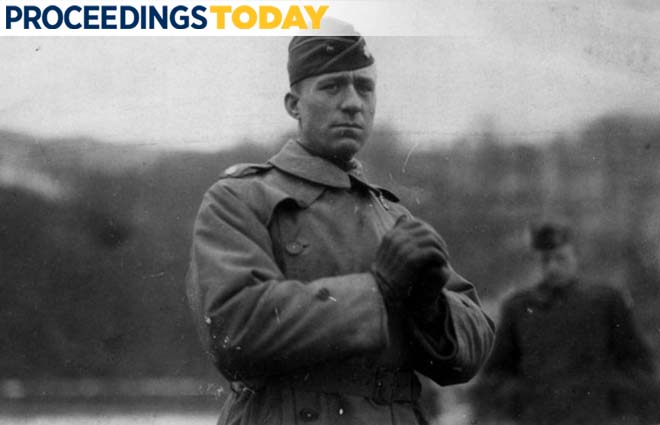 Early the interwar period, Marine Major Earl Ellis envisaged the need to conquer fortified islands in the Pacific to allow the United States to conduct an amphibious assault on the territories of the Japanese nation. (USMC History Division)

“Innovate, Adapt, and Win!” is a mantra repeated in the Marine Corps Operating Concept (MOC). From tailored symposiums to the Commandant’s Innovation Challenges, the Marine Corps seems smitten by artificial intelligence, drone swarms, and manned-unmanned teaming in its attempt to stay ahead of the nation’s adversaries. While the MOC recognizes the importance of such technologies in prospective warfare and the necessity to innovate, it also states, “[m]aneuver warfare was, is, and will remain our doctrine.” MCDP-1, Warfighting, likewise insists, “equipment should be designed so that its use is consistent with established doctrine and tactics.” Doctrine provides the fundamental principles which guide military actions in support of national objectives.