The multirole F-35B brings new capabilities, and NATO will have to alter its planning to leverage those gains in its amphibious operations.
By Captain William A. Perkins, U.S. Navy
Proceedings
Article
View Issue
Comments 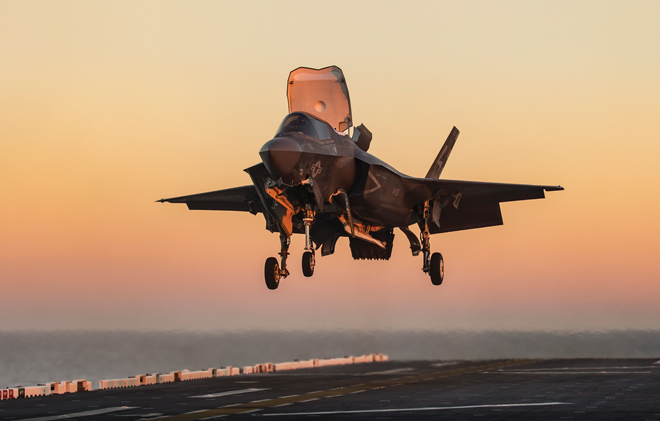 The arrival of the F-35B Lightning II in the inventories of many NATO nations is likely to fundamentally alter how NATO conducts air support to amphibious operations. This aircraft will bring a new level of capability to core missions, including counterair, antishipping, and traditional intelligence, surveillance, and reconnaissance (ISR). Amphibious task force commanders and their staffs will have to adapt to successfully leverage the capabilities provided by the F-35B. Its arrival will force a sea change and will require a deliberate effort to break the generational and service mind-set if the future amphibious force is to operate with a more integrated perspective.