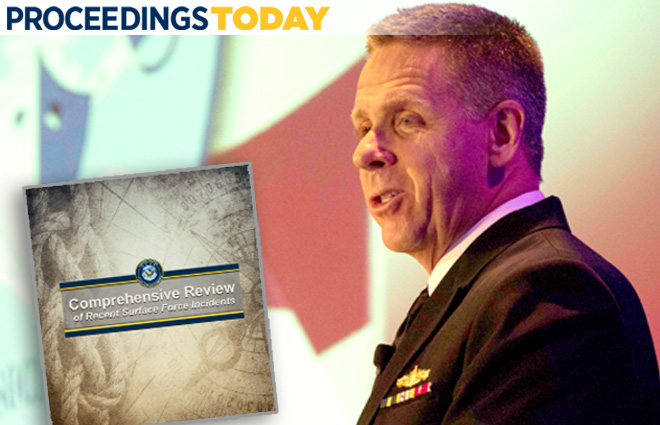 The document released by the Chief of Naval Operations (CNO) on 1 November, entitled “USS Fitzgerald and USS John S. McCain Collision Reports,” is not a simple compilation of the two discrete Judge Advocate General Manual (JAGMAN) investigations that were conducted subsequent to each of these collisions. Those investigations, traditionally replete with raw facts and vital conclusions, have not been seen by the public – and they never may be. Rather, the CNO’s document is a highly filtered, specifically targeted, plain-language communication evidently designed for public consumption. To those accustomed to reading naked JAGMAN investigations, this report seems largely intended to satisfy only the casual civilian observer regarding delivery on the Navy’s repeated promises of “transparency” in these two accidents.

The hope must be that the Navy’s leadership identifies ground truth in all cases and takes the right actions to correct the long-term issues in the surface force.

Here Is What We Know & Don’t Know