Charting a Course: What Merchant Mariners See In You 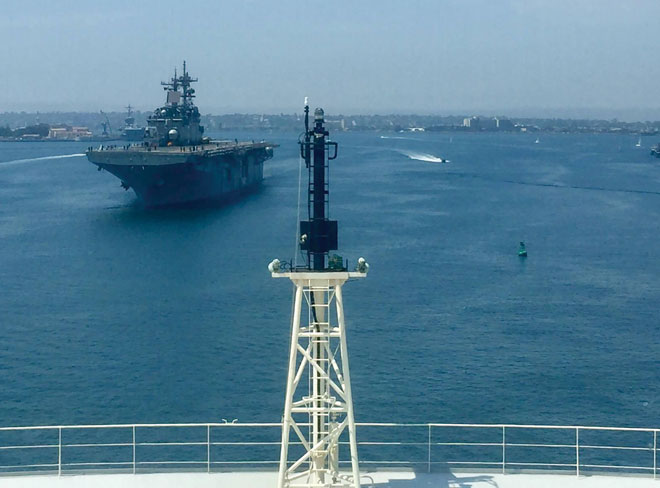 It seldom occurs to surface warriors to consider how they are viewed by U.S. civilian merchant mariners, despite almost constant interactions. In light of recent events in the Seventh Fleet, I spoke to Captain John Konrad, a civilian mariner who is licensed to master ships of unlimited tonnage. His perspectives are instructive and worth serious consideration.

Coming across a warship at sea can be challenging. No one can easily divine a warship’s intentions. Is this a point-to-point transit or an operation that will result in sudden and unpredictable course and speed changes? In addition, because merchant ships typically only have one lookout charged with many responsibilities, a warship’s small changes in course may not be noticed for some time, and changes in speed not at all. Normally it is not a problem when two merchant ships meet at sea, because they are relatively slow and predictable in their behaviors, and when they steer to avoid another ship they make it a point to be obvious, almost oversteering.