Lest We Forget—Sabalo to Tailhook 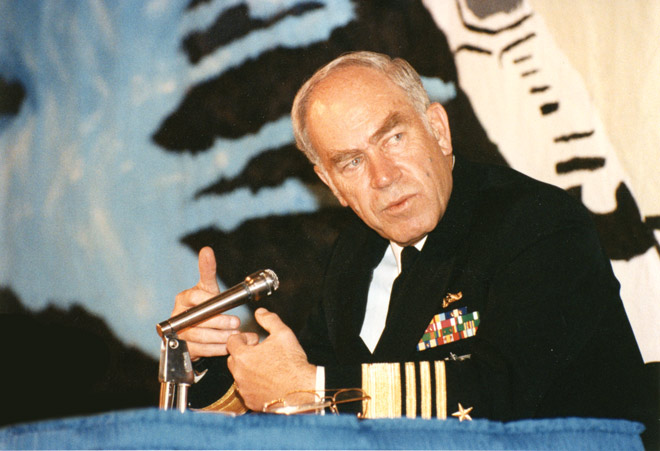 My experience on the Sabalo was always good. We had a wonderful skipper, Bill Masek, who had been a World War II submarine officer. He had been with Admiral [Eugene] Fluckey on a couple of his patrols during the war. He was a very serious submarine officer who dedicated much of his time to educating and training young officers. One of the lessons: when you rig a submarine for dive you do it correctly. One error and you were out of there.

In his Naval Institute oral history, Frank B. Kelso from small-town Tennessee thus recalled his first submarine tour in 1958 aboard the diesel-powered USS Sabalo (SS-302) as a lieutenant (j.g.), two years out of the Naval Academy. It launched him on a voyage that would take him to four stars, Chief of Naval Operations, and acting Secretary of the Navy.