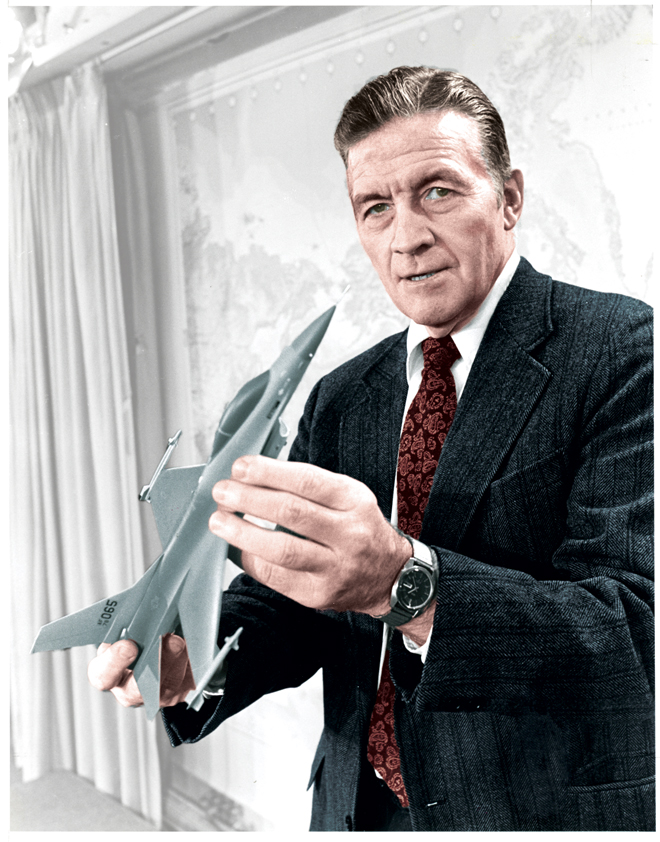 The U.S. military is primarily a meritocracy and rewards officers for succeeding in challenging assignments. A byproduct of this meritocracy is that some officers sometimes must balance the desire to advance with maintaining their sense of honor and individuality.

Right at the fulcrum of this balance is the “company man.” He emerges at the 15- to 18-year point in a standard career, when the proximity to retirement begins to weigh heavily in career decisions. A company man is expected to tolerate greater hardship, support policies with greater zeal, and suffer frustration with less resistance. In exchange, he expects security and advancement. When a company man is faced with an ethical dilemma that risks his years of service, careerism is a likely outcome.

Officers in grades O5 and O6 must beware the pitfalls of the company man and develop a “free agent” mentality.

The decision to stay in the service past the 15-year point does not obligate an officer in any new way. But there is the idea that it would be foolish to leave the military just five years before reaching retirement eligibility.

Officers should not think of their invested years of service when making decisions, but they do, and it is a normal response. It is known as the sunk cost effect, or “the tendency to continue an endeavor once an investment in money, effort, or time has been made.”1 Fear of losing retirement benefits can become a chink in the company man’s armor that can be exploited to compel him to accept situations that would have been unreasonable previously, when career factors were lesser considerations.

This can lead to a poor decision at a critical moment, known as the crux.

Although flag officers direct fleets, armies, and air wings, field-grade officers actually do the work. This places field-grade officers in a precarious position where flag officers, under immense pressure to succeed themselves, may exert considerable pressure to achieve their desired ends. For example, if an admiral wants a favorable weapon system review in the belief that the system will save lives, the admiral may ask the commander project officer to omit negative information from a report. This seems benign. No one will be hurt, and the admiral sincerely believes the omission is for the greater good. The commander may take issue with the omission, but he knows that to defy the admiral or seek third-party intervention likely would have in an adverse career impact.

This moment of decision is the crux. In this instant, a company man can lose a little piece of independence and self-respect and begin a slide to weaker ethical conduct. At the crux, officers must choose between their career prospects and their integrity.

Recognizing the crux is the first step to responding effectively. Most officers will know intuitively that a situation feels wrong. Their conscience will signal that the crux has arrived.

Managing the crux is simple—it is a binary choice—but it likely is one of the hardest moments in an officer’s career. Independent thinker and military strategist Air Force Colonel John Boyd spoke about choosing between a morally correct action and an action that would incur less risk or even benefit a career. Boyd’s biographer, Robert Coram, captured his words to his subordinate:

“Tiger, one day you will come to a fork in the road,” he said. “And you’re going to have to make a decision about which direction you want to go. . . . If you go that way you can be somebody. You will have to make compromises and you will have to turn your back on your friends. But you will be a member of the club and you will get promoted and you will get good assignments. . . . Or you can go that way and you can do something—something for your country and for your Air Force and for yourself. If you decide you want to do something, you may not get promoted and you may not get the good assignments and you certainly will not be a favorite of your superiors. But you won’t have to compromise yourself. You will be true to your friends and to yourself. And your work might make a difference. . . . To be somebody or to do something. In life there is often a roll call. That’s when you will have to make a decision. To be or to do? Which way will you go?”2

It is possible to serve an entire career and never encounter a “to be or to do” moment. However, any officer who does not encounter one or more cruxes in his or her career is not leading. Leaders see wrongs and attempt to set them right and affect positive change in their organizations. By definition, affecting change pits leaders against established beliefs and policies, and a crux will emerge eventually.

A company man may bounce from assignment to assignment attempting to not to disturb his surroundings and may not seek a crux, but the crux will find him as he rises in rank and responsibility.

The "free agent" is diametrically opposed ot the company man. Free agents are men and women who think for themseves, make decisions based on the particulars of the situation, and do what they think is right, regardless of the impact on their careers.

Free agents avoid the pitfalls of the company man through aggressive defense of their independence and personal choice. They have developed a pattern of decision making based on the facts of each situation, not the possible career implications. Instead of “playing it safe,” they provide honest and direct input.

They also seek subordinates who demonstrate self-assurance, willingness to learn, and a desire to take on responsibility, and then free agents delegate as much as possible to those subordinates. Company men hold power and authority with an iron grip out of fear that a subordinate will make a mistake for which the company man will have to answer.

Company men rarely will innovate, out of fear of failure, but free agents constantly innovate, seeing failure as a path to improvement.

Free agents select assignments based on personal interest and a desire to learn and grow rather than on potential career benefit. This dramatically changes their outlook compared to the company man’s career focus. They are enthusiastic and hungry to succeed while maintaining high standards of performance and ethical conduct.

At the crux, free agents see clearly that there is a conflict between career and personal integrity. Without hesitation, they recognize the crux, know the lasting implications of compromising integrity, and choose to accept career risk. Years of hard choices and leadership prepare free agents for the crux and give them the self-reliance to choose “to do” instead of “to be.”

With respect to the sunk cost effect, free agents realize that years of service are invested and not wasted. They view military service as a resource for future challenges and do not let years of history anchor them to logical fallacies. If presented with a conflict at the 15th, 28th, or any year of service, free agents will willingly depart rather than concede, resolved that they and the service no longer are compatible but remaining grateful for their time as officers.

Free agents must be mindful, however, that past performance is no guarantee of future success. Hubris and arrogance are constant threats that can erode their effectiveness, painting them as upstarts or rebels without constructive inputs.

The company man mentality leaves officers ripe for crossing ethical boundaries when faced with a career versus integrity decision. Officers must prepare in advance for the crux and develop a free agent mind-set. Free agents are the men and women who can lead the services through their most challenging times, earn the respect of their subordinates, and maintain a strong sense of purpose and idealism over decades of service.