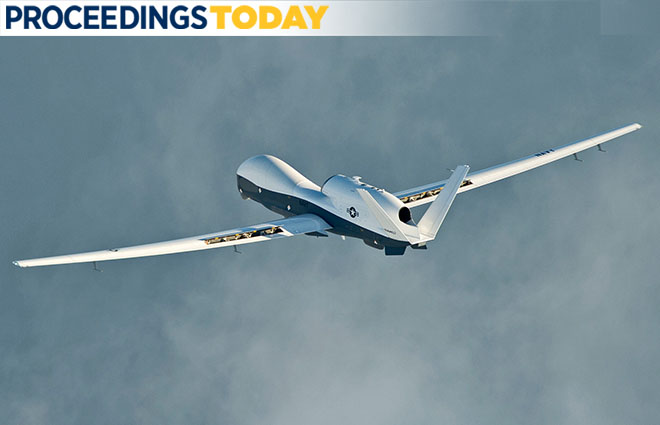 To read Part One of this series, please click here.

Developing boost-phase intercept capabilities is key to an integrated, layered missile defense system, especially given the rapid advances in North Korea’s intermediate and intercontinental ballistic missile capabilities. In 2015, Admiral Bill Gortney, U.S. Navy, then-Commander of United States Northern Command, stated that the United States will always be on “the wrong side of the cost-curve” because of high-tech interceptors generally proving more expensive than the missiles they are designed to shoot down.[i] Five other high-level officers agreed the present reliance on mid-course intercept is cost-ineffective.[ii] A smaller interceptor with a less complex kill vehicle suitable for boost-phase intercept (BPI) could move missile defenses to the right side of the cost curve. Smaller and cheaper boost-phase interceptors also would allow for higher production rates, further driving down costs.[iii]

Widening the engagement window on the Navy’s Aegis ballistic missile defense systems would be a good start. The use of persistent, over-the-horizon unmanned aerial vehicles (UAVs) could provide fire-control quality tracks sooner than shipboard radar, allowing for additional shot opportunities at ballistic missile threats. Developing a longer-term airborne BPI system around UAVs also shows great promise. A benefit of air-launched BPI is that interceptors for boost would be smaller and would likely prove cheaper to produce compared to larger mid-course surface-launched interceptors.

Research performed at the Massachusetts Institute of Technology was conducted to determine the feasibility of deploying a boost phase intercept (BPI) system on board a medium-to-large-sized UAV. The use of the remotely-piloted MQ-9 Reaper, the infrared Multi-Spectral Targeting System C (MTS-C) sensor, and a notional airborne hit-to-kill interceptor for conducting long-range intercepts of ballistic missiles was analyzed. These systems were selected because they had reached an adequate technology readiness level to create a BPI capability in the near- to mid-term. The MQ-9 Reaper has an extensive demonstrated operational capability in multiple theaters. A Missile Defense Agency test had already successfully integrated the MQ-9 and the MTS-C to successfully track a ballistic missile from boost into mid-course.[iv] 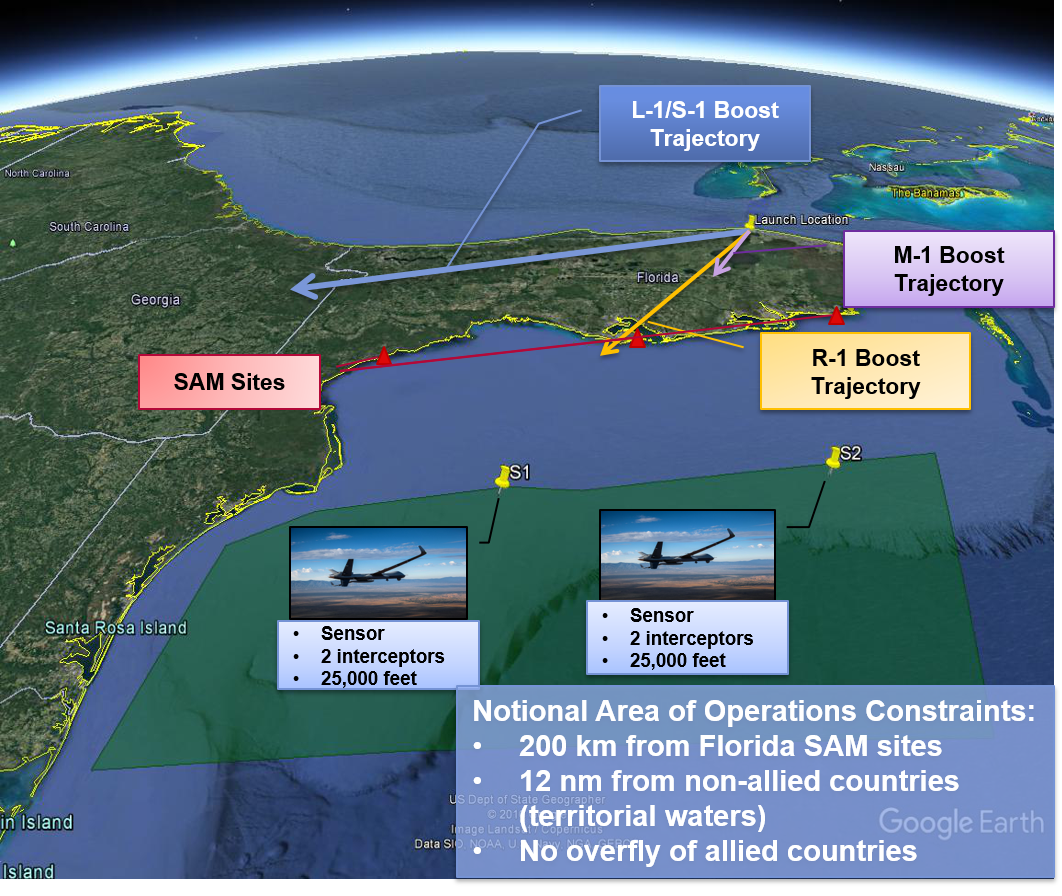 The ability of the airborne system to provide boost-phase kill capability was assessed in a simulated environment. The scenario emulated the constraints likely to be placed on a BPI system by enemy defenses and geographic considerations. In the scenario, the fictionalized People’s Republic of Florida is interested in increasing its geopolitical influence through the acquisition of a credible ballistic missile arsenal, including the medium-range ballistic missile (MRBM) M-1, the intermediate-range ballistic missile (IRBM) R-1, the liquid-fueled intercontinental-range ballistic missile (ICBM) L-1, and the solid-fueled ICBM S-1 missiles. Table 1contains the nominal ranges and burn times of each of the threat missiles[v].

Threat launches occur from near Miami, Florida, with targets of Marsh Island, Louisiana; Hollywood, California; and Point Hope Airport, Alaska. The targets were selected to reflect the different ranges of each of the medium-, intermediate-, and intercontinental-range missiles, respectively.

The developed airborne BPI system engaged the threat missiles in a series of simulations. Two MQ-9 Reapers utilized notional MTS-C sensors to track the ballistic missiles in boost phase, with one aircraft launching the interceptor. Two aircraft were necessary, as the MTS-C is a passive sensor that requires triangulation to generate timely tracks. One aircraft remained stationary and only provided a second sensor for tracking, while the aircraft that launched the interceptor moved across a programmed grid in a series of engagements. Both aircraft maintained station sufficiently far from enemy territory to avoid notional antiair threats. The engagement simulation calculated the required performance of an interceptor launched from each location, considering the key performance metrics of interceptor time of flight and the magnitude of the necessary change in velocity required to home the interceptor to the target. Successful intercepts indicated the interceptor design provided the necessary velocity for the intercept trajectory and arrived at the threat before the threat burned out for a given launch location and threat trajectory.

This analysis shows that readily available technology could be combined to field a UAV-based system capable of a boost-phase kill against threats to both the American U.S. BPI capability.

Tomorrow, Part 3 will lay out how use of Naval Integrated Fire Control – Counter Air (NIFC-CA) architecture—with addition of an airborne boost-phase intercept capability—could be used to provide a substantial integrated missile defense capability for our nation and our allies.

Lieutenant Lacinski graduated from the United States Naval Academy in 2015. Following commissioning, he completed a two-year Master program at MIT, earning a Master of Science in Technology and Policy. He is currently stationed in Pensacola, Florida, where he is beginning flight training as a Navy pilot.