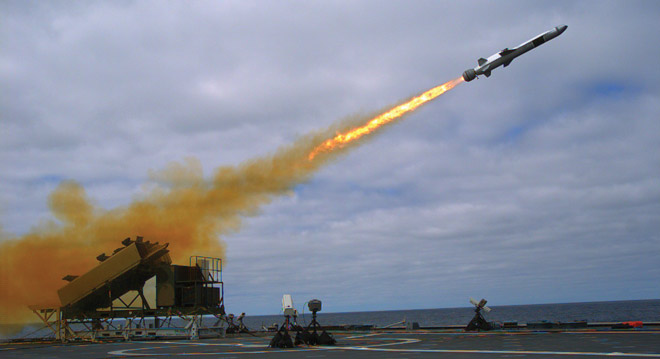 The Navy is moving toward selection of an over-the-horizon (OTH) strike missile for the Littoral Combat Ship (LCS) and its future frigate. The Naval Sea Systems Command released a request for proposals for the OTH weapon system in early February, with contractors’ responses due in May.

Candidate missiles include an extended-range variant of the Harpoon Block II missile built by Boeing, the Long-Range Antiship Missile (LRASM) produced by Lockheed Martin, and the Naval Strike Missile (NSM) built by Norway’s Kongsberg in a partnership arrangement with Raytheon Missile Systems.

Kongsberg is a primary supplier of weapon systems for the Norwegian Navy and Air Force. Because Norway is a stakeholder in the multinational F-35 strike fighter program, its Air Force is exploring arming F-35s with Kongsberg’s Joint Strike Missile (JSM), a variant of the NSM.