Skip to main content
Docked in Genoa, Italy, at the time, the sabotage of the Libyan frigate Dat Assawari was originally claimed by the Maltese Nationalist Front. An article about the sabotage of the Rainbow Warrior (right) five years later gave a clue that the French may have been responsible for the 1980 incident.
Sconsciuto/LaStampa

Operation Octopus: The Sabotage of the Dat Assawari

At dawn on 29 October 1980, a powerful blast breached the hull of the Libyan flagship Dat Assawari, docked for repairs in the Italian port of Genoa. The sabotage was claimed by the Maltese Nationalist Front; however, such a complex operation would have needed larger resources and military capabilities that very few countries could deploy in 1980.

Until recently, responsibility for the attack remained uncertain.1 The smoking gun emerged in France’s hand thanks to the publication of a book containing the posthumous memoirs of Alexandre de Marenches, former director of French foreign intelligence.2 The question remains: Why did France take such a drastic step against Libya?

The attack in Genoa is significant, considering it was a sophisticated military covert operation conducted in the territory of a NATO ally, with possible serious political implications. This should be viewed in the context of Libyan leader Muammar Gaddafi’s international activism during the Cold War and Libya’s underground conflict with France, but also the country’s geopolitical tension with the United States, Italy, and Malta. Libya also was involved in wars with Chad, a former French colony, and Anwar Sadat’s Egypt, which was leaning toward the West.

The Secret War between France and Gaddafi

Gaddafi’s hegemonic ambitions and Pan-Arab and Pan-African views were considered a threat to France’s postcolonial sphere of influence, known as Françafrique. Gaddafi was a source of chaos and instability for both Western and Arab countries. In 1978, Libyan troops invaded northern Chad in support of antigovernment rebels, to secure control of uranium reserves in the Aouzou strip and a sphere of influence over the Sahelian country. French President Valéry Giscard d’Estaing decided to intervene when the Libyans (led by a young Khalifa Haftar) and local rebels reached the capital of Chad, N’Djamena.

In 1977, Egypt and Libya fought a short, inconclusive war, and Egyptian President Sadat tried unsuccessfully to overthrow “the madman of Tripoli.” In July 1979, Colonel Alain Gaigneron de Marolles, head of the special operations Action Service of the French foreign intelligence organization (SDECE), organized with the Egyptians an attack on Gaddafi on 1 September 1979 in Benghazi, but the dictator escaped the ambush.3 In December 1979, Colonel Marolles received a peremptory order from President d’Estaing: “I personally charge you to overthrow Gaddafi.”4

Marolles organized a coup in Libya together with agent “Dal”—the code name of Christian Dallaporta—an SDECE operative in Tripoli. An uprising was scheduled to begin in Tobruk on 5 June 1980, but Gaddafi discovered the plot, the coup leader was found dead, the French embassy was raided, and Dallaporta and his son were taken hostage and released only after months of negotiations.5 It was an operational fiasco for Marolles, who was forced to resign.6

Despite the fiasco in Tobruk, President d’Estaing did not give up and ordered full-scale actions against Gaddafi’s regime. This meant targeting Libya’s strategic assets in the military sphere. While it was too risky to strike the country’s infrastructure, Gaddafi’s interests abroad could be easily hit. The Libyan Navy was small compared to its army and air force components. The naval branch was established in 1962 under King Idris, and its officers were trained in the United Kingdom at the Royal Navy College in Dartmouth. In 1966, the Libyan Navy was equipped mainly with two Ham-class minesweepers from the United Kingdom. But when Gaddafi seized power from King Idris on 1 September 1969, he signed contracts with the Soviet Union for new frigates, corvettes, and submarines.

In particular, the Libyan Navy acquired four Wadi M’ragh-class (Assad-class) corvettes from Italy’s Fincantieri between 1977 and 1979 and six Foxtrot-class submarines from Moscow in 1982, as well as four Soviet-made Nanuchka-class corvettes between 1981 and 1983. The most important vessel was the frigate Dat Assawari. She was built in the United Kingdom by the Vosper Thornycroft Group and delivered in 1973. She was 330 feet long, initially armed with a triple Seacat surface-to-air missile launcher, a Mk-8 gun, two Bofors and Oerlikon guns, and a Limbo antisubmarine mortar. She was named after the Arab victory in the naval Battle of the Masts (Dhat Assawari), between the fleets of the Muslim caliphate and the Byzantine Empire in 654.

The frigate became the flagship of Gaddafi’s navy in defense of the Gulf of Sidra and the Libyan coastline, but for seven years she was not deployed in any significant operations. Since 1979, she had been harbored in the OARN shipyards of the Italian city of Genoa, where she underwent modernization and maintenance. During the refit, the initial armament was modified. The Limbo mortar was removed and replaced by four antiship missiles and two triple antisubmarine warfare torpedo tubes. The Seacat launcher was replaced by a quadruple launcher for Aspide surface-to-air missiles.

The Sabotage of the Dat Assawari

At dawn on 29 October 1980, an explosion caused a three-meter breach in the Dat Assawari’s hull. The Italian police divers who inspected the ship confirmed that the metal sheet of the hull was folded inward, and the dockyard was damaged as well.7 The Dat Assawari was moored with the bow close to the stern of Italian Navy frigate Perseo, but none of the officers on guard duty saw anything suspicious.

The following nights, Italian Coast Guard boats patrolled the Genoa port. A floating tire was mistaken for a diver and caused a frantic, half-hour-long hunt with searchlights and signal flares.8 The Italian Navy established very strict controls over the Perseo, fearing that the attack on the Dat Assawari had been intended to target the Italian frigate.

On the evening of 30 October, Agence France-Presse in Rome received a phone call from a man who spoke first in English and then in poor Italian: “One of our commandos sabotaged the Libyan frigate, Dat Assawari.” The next morning, a claim of responsibility written in Italian on behalf of the Maltese Nationalist Front was delivered to Agence France-Presse. In 1980, Malta had signed a defense treaty with Italy, in case of Libyan aggression. The statement accused Italy of giving hospitality to Libyan warships and claimed the sabotage was in response to a Libyan aggression on an Italian oil platform engaged on behalf of Malta in the exploration of the so-called Medina Bank. 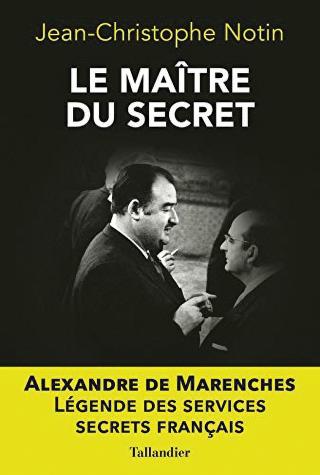 In 1985, the Italian newspaper La Stampa quoted the Parisian weekly L’Express, according to which, “An operation similar to the one carried out against Greenpeace took place in Genoa in 1982.”9 With Greenpeace, the magazine was referring to Opération Satanique—conducted in 1985 by  the French Action Service—which sank the Rainbow Warrior in the port of Auckland, New Zealand, and resulted in the death of a Dutch photographer.10 The French magazine was incorrect regarding the year of the Genoa operation, but this sentence was a significant clue to the true Dat Assawari saboteurs—one never gathered by the Italian investigators of the Dat Assawari sabotage—and the perpetrator was certainly more realistic than the Maltese Front.

Thanks to the memoirs of Alexandre de Marenches—director SDECE from 1970 to 1981—published by Jean-Christophe Notin in 2018, there is historical proof that the sabotage of the Dat Assawari was the work of the French SDECE (renamed DGSE in 1982).11 It was called Opération Pieuvre (Octopus) and was organized in retaliation for the thwarted coup of Tobruk. Notin’s book provides confirmation that two Action Service commandos infiltrated the port of Genoa and planted the explosive to sink the Libyan flagship.

Operation Octopus was a high-risk mission with unpredictable political consequences. The French commandos responsible for the operation failed to sink the Dat Assawari, but they were not caught and the operation did not result in any deaths, unlike the Rainbow Warrior’s sabotage. The attack, however, did delay the delivery of the Libyan flagship until October 1983.

The operation was overseen from the headquarters of French commandos at the navy base of Aspretto, Corsica. De Marenches was the director of French foreign intelligence; Colonel Jacques Sylla Fouilland was his deputy.12 The head of the Action Service and likely mastermind of the attack was Colonel Georges Grillot, former leader of the notorious Commando Georges—a ruthless unit in charge of eliminating members of the National Liberation Front in the Algerian war of independence.13

The sabotage in Genoa remained secret and unconfirmed until recently, perhaps because it was conducted in the territory of a NATO ally. The operation proved France’s determination to pursue its strategic agenda by any means. The Dat Assawari’s modernization in Genoa, however, was completed in 1983, and therefore the frigate was not operational and missed Libya’s 1981 clash with the U.S. Navy in the Gulf of Sidra.

In 1984, the Dat Assawari underwent engine repairs in Italy, which were completed in 1985. The vessel was again not used during the 1986 battle against U.S. warships and aircraft. She returned to Italy in 1989 in a partially disarmed state. In 1992, the Dat Assawari was no longer operational and became a hulk for training in the port of Tripoli. What remained of Gaddafi’s modest fleet was sunk or destroyed by NATO forces during the 2011 Libyan civil war.

Mr. Pugliese is a PhD candidate at the University of Barcelona and an associate fellow at the Institute for International Political Studies. He has contributed to the journals of the Italian Defense Staff and the Italian domestic intelligence (Gnosis). Mr. Pugliese graduated from the Italian Navy War College in the General Staff Officers’ Course.