Skip to main content
A tribute to James D. Hornfischer (1965–2021), whose works have breathed vivid life into the saga of the World War II Pacific. 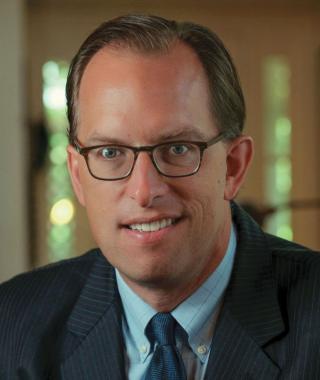 “A giant stalked through the darkness. In the moonless column after midnight, the great fleet seemed not so much to navigate the narrow Strait as to fill it with armor and steel.” This poetic beginning to The Last Stand of the Tin Can Sailors, Jim Hornfischer’s classic account of one of the greatest moments in American naval history, is typical of this towering author’s legacy. Once described by a reviewer as “the dean of World War II naval history,” Jim was able to reduce mountains of research into exquisite prose suitable for a novel—an alchemy that transformed history into literature that both edifies and entertains.

Although a successful literary agent, Jim will be most remembered for these writings. Complementing his monumental Tin Can Sailors, his Ship of Ghosts, Neptune’s Inferno, and The Fleet at Flood Tide spanned the Pacific war, from the dark days when the U.S. Navy was reeling from the Japanese onslaught, through the vicious naval combat in the Guadalcanal campaign, to the ultimate victory in the greatest naval war in history.

Jim captured the drama, the sacrifice, and the heroism of that titanic existential struggle in a way that was riveting and rang true to those “who have gone down to the sea in ships.” Although he never served in the Navy, Jim immersed himself in the history of the Pacific war, poring over the books in his school library and building ship models at a very young age, soaking up all he could find on paper and on screens, becoming a professional researcher whose ability to mine archives was matched by his skills as an interviewer who could draw out and replicate personal recollections, giving his writing authenticity and a human pulse.

Several of Jim’s major works have been deservedly honored, including the Samuel Eliot Morison Award for The Last Stand of the Tin Can Sailors (awarded by the Board of Trustees of the USS Constitution Museum) and the Navy League’s Commodore John Barry Book Award for The Fleet at Flood Tide: America at Total War in the Pacific, 1944–1945, which one reviewer described as “narrative nonfiction at its finest,” noting Jim’s “uncanny ability to shift from the lofty 30,000-foot command view down to the perspective of the sandy Marine on the beach.”

Jim’s Neptune’s Inferno: The U.S. Navy at Guadalcanal (which the Cleveland Plain Dealer called “the star of this year’s reading list”) is a particular favorite of mine because he did much to clarify the events and the involved strategies of one of the most complex and significant campaigns of the Pacific war. While preserving the details, he managed to broadly unify the disparate events into a narrative that is both comprehensive and comprehensible. No small accomplishment!

Jim was always a supporter and valued friend of the Naval Institute, writing for our publications, participating in our seminars, freely offering advice and counsel, and speaking at important events. As a key member of the Institute’s Naval History Advisory Board, he contributed a wealth of insights and publishing perspectives to our ongoing initiatives to promulgate the history of our Sea Services, and to underscore that history’s vital importance as we face present and future challenges.

He honored us by bringing his story of the Tin Can Sailors to our Dead Reckoning graphic novel series, further spreading the gospel of that heroic moment to other audiences, helping to ensure that the valor and sacrifice displayed off Samar will never be forgotten. Making such a media transition is no easy task, yet Jim was more than ready and very capable of ensuring that this very different depiction maintains the authenticity and dignity that this iconic historical moment requires.

In addition to his loyal support of the Naval Institute, Jim wrote for other publications, such as the The Wall Street Journal and Smithsonian, and gave much of himself to other important organizations, including serving as a board member of the Naval Historical Foundation and the Mayborn Literary Nonfiction Conference at the University of North Texas.

Jim was also a personal friend whose generosity and thoughtfulness frequently brightened my day. We wrote on some of the same subjects, and rather than treat me as a competitor, he always welcomed me as a colleague, freely sharing his insights and often offering supportive encouragement. Others have expressed similar feelings, affirming my gratitude for having had his counsel, support, and friendship.

We have been robbed of any further brilliance by Jim—struck down far too early in a life filled with so much achievement, so much promise. We will miss him, to be sure, but we draw solace from knowing that he left us an important legacy—a body of work that will continue to edify, to inspire, and to serve as a model worth the emulation of future writers.

We thank you, and we salute you, Sir!

LCDR Cutler is the Gordon England Chair of Professional Naval Literature at the U.S. Naval Institute. His many books include The Bluejacket’s Manual (Naval Institute Press), a copy of which every U.S. Navy enlistee receives.