Sixty years ago, on 23 January 1960, then–U.S. Navy Lieutenant Don Walsh and Swiss oceanographer Jacques Piccard descended 35,814 feet to the lowest known spot on Earth—the Pacific Ocean's Challenger Deep—in the bathyscaphe Trieste. In the years since their accomplishment, only four other humans have reached Challenger Deep. Compare that to the somewhat analogous achievement of Sir Edmund Hillary and Tenzing Norgay on 29 May 1953, when they reached the 29,029-foot summit of Mount Everest. Since then, nearly 9,000 climbers have reached the top.

The Trieste and her crew, however, came perilously close to never entering the record books. On 15 November 1959, as the Trieste with Piccard and Project Nektron director Andreas B. “Andy” Rechnitzer on board completed a record dive of 18,150 feet, a glue joint on the bathyscaphe’s pressure sphere failed because of unequal expansion during the temperature change from the frigid depths to the tropical surface. Its center section was offset at one end by about 1/8-inch. The sphere's components needed to be realigned, rejoined, and resealed, but the mission's forward base at Guam did not have the necessary facilities. Chief of the Boat and Master Machinist John Michel undertook the task.

Michel eventually resorted to using a heavy forklifting modified into a sort of battering ram. He marked the most out-of-position spot with an X, and after having the vehicle operator practice hitting a target, initiated the fix. After three or four solid hits, the sphere section was almost perfectly aligned. The joints were coated for protection from seawater, and Michel drew up plans for a banding system that mechanically would help hold the pieces together.

With the sphere repaired, Project Nektron could proceed. But there was another hitch waiting in the wings. After Walsh and Piccard had boarded the Trieste and begun the record dive, Rechnitzer received a message from the Navy Electronics Laboratory (NEL) director: “Cancel diving. Come home.” He passed the note to Michel and added, “Let’s find some more coffee.” After a while, he told Michel he had to “check in.” His reply to the NEL director—“‘Trieste’ now passing 20,000 feet”—put his job on the line to buy some precious minutes for the diving team.

When recently asked for his most salient memories of the project, Walsh replied: “That our team was able to accomplish what we had promised to our ‘masters’ and do it on time and on budget.” He pointed out: “We were only 14 people—Navy civilian and uniformed people—who worked really hard 24/7 for several months at Guam. . . . We had been well funded and left alone, an ideal situation for us and them.”

Reflecting back on the 60 years that have passed since his Trieste dive, Walsh confessed: “[I have] some disappointment that . . . there have only been three manned and four unmanned submersible expeditions to Challenger Deep. I’d have been really happy if someone had come back there two months after our deep dive in ’60. That would mean that the deep trenches were important to oceanographers.”

Walsh added: “We had to ‘write the book’ with our Trieste program. . . . So, we learned by trial and error. If you needed some device, you had to design and build it.” With only two bathyscaphes in the world, “There were no vendors of gear for a population of two.” 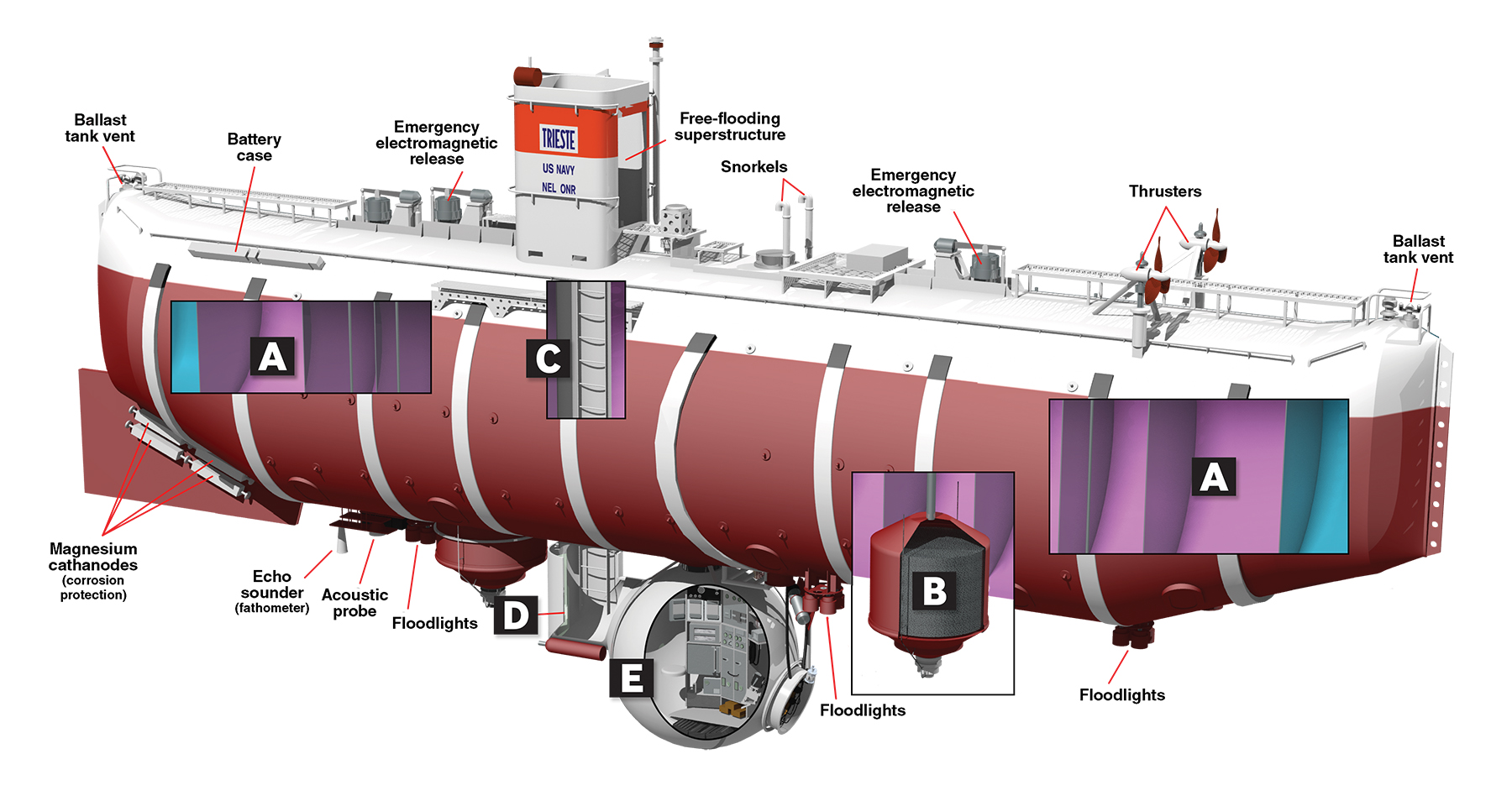