Thresher and the CNO

Just as spring was spreading its renewing warmth to the nation, the stunning news in 1963 was chilling. Nuclear submarines had been in service since only the mid-1950s, yet in that time they had taken on an aura of invincibility. But on an early spring day, 10 April, the attack submarine Thresher (SSN-593), first of her class, was missing. The mystique of the super weapon had evaporated into a watery grave far below the submarine’s test depth.

The submarine had undergone a refit period at the Portsmouth Naval Shipyard in New England and that day was under way for deep-diving tests. On board were 129 men—her officers, enlisted men, and civilian specialists to observe the tests. After the rescue ship Skylark (ASR-20) received garbled transmissions indicating difficulties and the sub didn’t surface as expected, alarms went out, along with the faint hope that she might be having communication problems. But hope faded, and speculation joined with anxiety as a day passed with no official announcements.

In the Pentagon, Admiral George Anderson, the chief of Naval Operations, had a visit from his public-affairs officer, Captain Vince Thomas, a seasoned professional. As Anderson recalled in his U.S. Naval Institute oral history, Thomas said to him: “Admiral, somebody’s got to say something definitive about the Thresher. The press is all upset, the families are upset, the country as a whole is upset, and nobody has the guts to say a thing.”

Thomas suggested a press conference. Anderson knew that Secretary of the Navy Fred Korth was out of town, the undersecretary of the Navy wasn’t up to the job, and that the public-affairs officials in the Office of Secretary of Defense Robert McNamara wanted to appear but didn’t know what to say. So Anderson telephoned the White House and said: “Somebody’s got to say something about the problem. I’m going to do it unless I’m told not to.”

No one told him no, so on 11 April, the day after the sinking, he went to a pressroom crammed with reporters. He announced that he had reluctantly come to the conclusion that the Thresher had indeed been lost. He was peppered with questions, many of which naturally centered on the causes of the loss. As he remembered, “I answered every question as forthrightly as I could and said, ‘I’m sorry, but that’s all the information I have, and I’m giving it to you straight from the shoulder.’”

In his oral history, he recalled: “I got up to leave, and I got wild applause. Then I went up to the office, and pretty soon the word came back that the members of the press had said it was the first decent press conference that the Office of the Secretary of Defense [OSD] had had since that administration had been in.” He added dryly that the experience did not enhance his relationship with OSD.

That was an understatement, because the advent of McNamara’s tenure in 1961 had marked a dramatic change in the relationship between the civilian leadership of the Defense Department and the officers in uniform. During the Republicans’ time in office in the 1950s, the atmosphere was generally one of cooperation. Now it was a condescending attitude from OSD, in which systems analysts believed that their approach of numbers and probabilities trumped the knowledge that the admirals had acquired during years at sea.

One flash point in the struggle came over McNamara’s attempt to create a new joint-service fighter plane. The shorthand name for the new aircraft was TFX. McNamara believed that the services could achieve cost savings from commonality in having a single fighter, the F-111, for both the Air Force and Navy. The Navy contended that the plane was not fit for aircraft-carrier duty, and the struggle went on for several years before the Navy version of the F-111 was eventually scrapped.

Another source of friction had been in the Cuban Missile Crisis in October 1962. In one widely reported dispute, McNamara and Anderson had a flare-up in the Pentagon flag plot, with McNamara raising questions about ship placement (see “‘Mr. President, The Navy Will Not Let You Down,’” October 2012, pp. 16–23). Anderson declined to answer because, he contended, the information was highly classified, and not everyone in the room was cleared. So Anderson said he rebuffed McNamara before telling him in private. In essence, the CNO told the secretary that the Navy knew how to run its business, which rankled McNamara.

In the aftermath of the loss of the Thresher, the Navy instituted the SUBSAFE program comprising a series of rigorous tests to ensure the soundness of submarine hulls and increased precautions to prevent flooding. But the fixes wound up on the agenda of Anderson’s successor. Anderson got word from several sources that Secretary Korth had been having conversations with Admiral David McDonald about taking over as CNO. So Anderson knew his days were numbered, but Korth did not know that Anderson knew.

One Sunday afternoon the SecNav and Deputy Secretary of Defense Roswell Gilpatric showed up at the CNO’s quarters at the Naval Observatory in Washington. Anderson greeted them by saying, “I understand that you’ve come to tell me I’m fired.” As Anderson recalled in his oral history, “Korth almost passed out.” Gilpatric was smoother, explaining that the administration wanted him to become ambassador to Portugal. On 1 August, three and a half months after the Thresher press conference, the Navy got a new chief of Naval Operations. 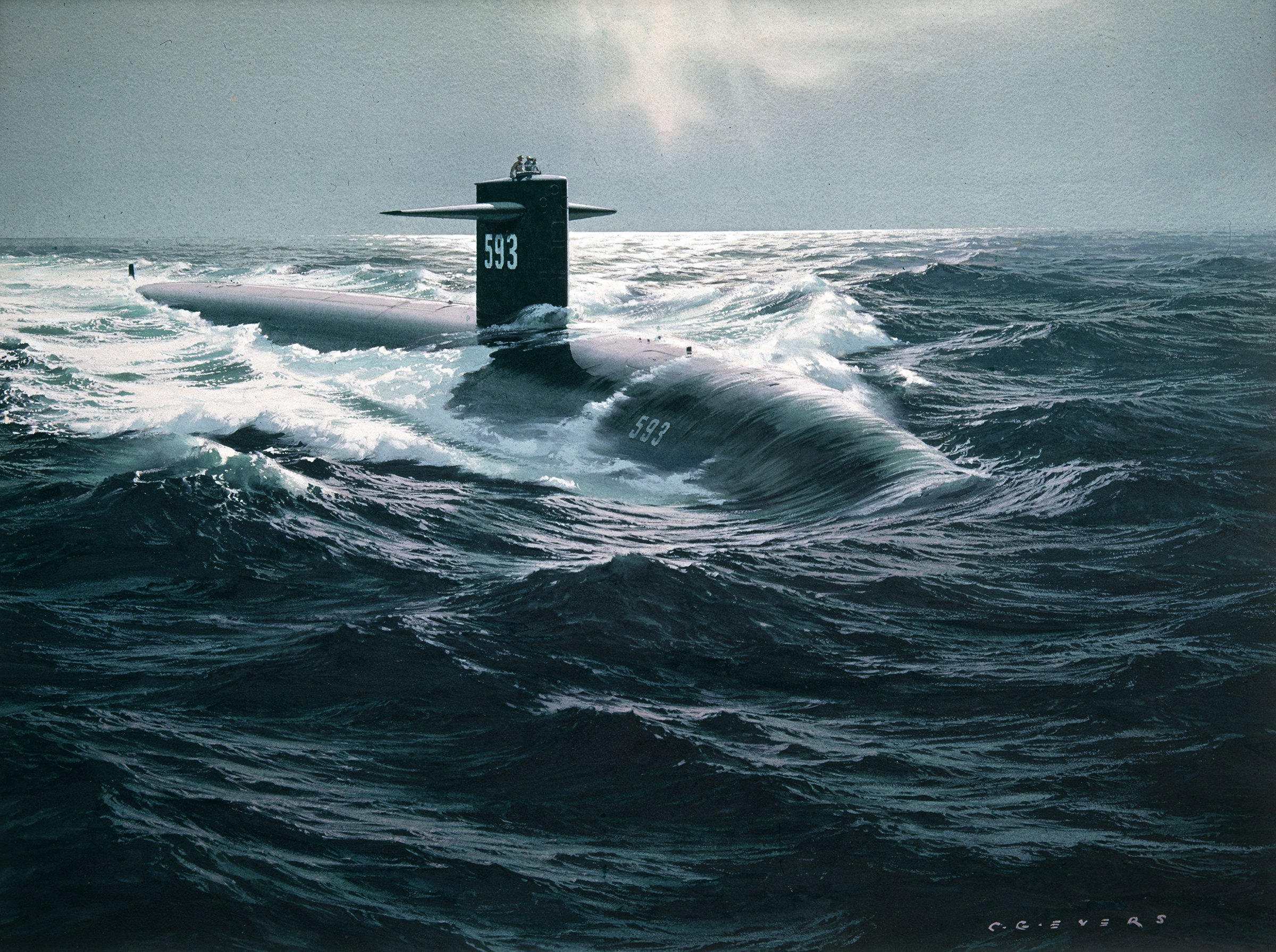 Paul Stillwell is an independent historian and retired naval officer. He worked for thirty years at the U.S. Naval Institute as an oral historian and editor of Naval History magazine. He is the author or editor of a dozen books, including four on battleships and an award-winning volume on the Navy's first African American officers, The Golden Thirteen.