One of the best things about working on Naval History is that with each issue we editors get to indulge our love of history. For us, every article is a learning adventure that begins with a story manuscript and usually leads to the Washington Navy Yard, Quantico, or the National Archives in search of photos, paintings, and nuggets of additional information.

Sometimes, though, the historical goodies come to us. That was the case several weeks ago when I received a package from Lawrence D. Sheely. While researching photos for one of the four naval aviation articles in this issue, Earl Rickard's "Bonded in Battle," I'd contacted Mr. Sheely about some images in his book Sailor of the Air. Would it be possible for us to get copies of the photos for publication with our article, I asked. Well, not only did he say yes, Mr. Sheely told me he'd send along others we might be able use.

Inside the box that arrived several days later were nine compact discs containing an electronic treasure trove of naval aviation photographs and papers. They documented the 1917—22 Navy career of Chief Machinist's Mate/Air Irving E. Sheely, Lawrence's uncle and one of the subjects of Mr. Rickard's article. The chief was quite a shutterbug, and many of his photos show the various aircraft he flew in as an observer in France during World War I.

Our predicament was that we only had space to run a limited number of images in the magazine but we'd received an embarrassment of photographic riches. The solution, reached after discussing the problem with the Naval Institute's Web-site director, Mary Ripley, is to feature more of the amazing photographs in a slideshow on our site. The move is part of the continuing evolution of the Institute's internet presence. Our site now also includes blogs, soon to be joined by more Web-exclusive content. To view the Sheely photographs, go to www.usni.org and follow the Naval History magazine links.

In searching for photos to accompany the article, Naval History staffers Jim Caiella, Amy Voight, Jen Mabe, and I found more than 50 images of 3d Division Marines on Iwo at the National Archives. I also met up with Alan Rems at the Library of the Marine Corps at Quantico and made copies of some of the moving letters he'd discovered there in General Erskine's papers. Many of the photographs and letters are featured in the article and slideshow.

The Iwo Jima missives convey a profound sense of the agony families back home suffered knowing their loved ones were engaged in a great struggle but not having heard from them for weeks. I'm also struck by General Graves' compassionate responses, specifically how he was able to provide thorough yet comforting accounts of how his Marines fell in battle. They gave me an appreciation of what must be one of the heaviest responsibilities of high command. 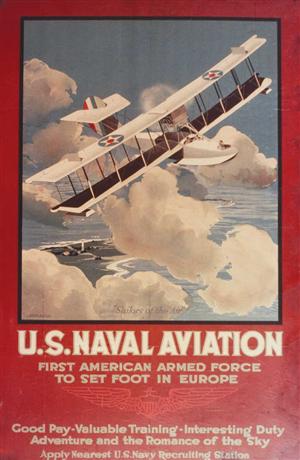