The first nuclear-powered submarine, Nautilus SSN 571, had just returned from her shakedown cruise in 1956 and the boat was found to be uninhabitable. The equipment that controlled the atmosphere within the boat was faulty and although much research had been done on it, much more remained to be discovered. Submarine Medicine was a new technical specialty and there were a lot of unanswered questions. Although we knew how to set a broken arm or pull a tooth or even remove an appendix, how does a physician really practice medicine 300 feet under the surface of the ocean in an upholstered steel tube? Admiral Hyman G. Rickover, USN (Director of Naval Reactors and de facto officer in charge of building nuclear powered submarines) had insisted that “nuclear-trained doctors be assigned to each new ship because he knew that the unprecedented long submergence tours might lead to situations as yet unforeseen. “ In 1960, ten young and eager Navy doctors were chosen for Admiral Rickover’s nuclear program and put through a study and training curriculum specially designed for them. Eight physicians survived the year of preparation and reported for duty on the newest Polaris Missile Submarines. We were two of them. 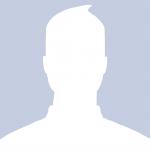